Time Longer Than Rope: Historical Memory and the Black Atlantic 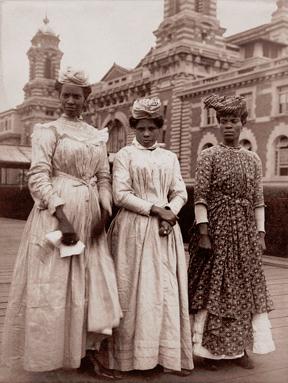 What role does historical memory play in African American and African societies? How does it shape identity in the African Diaspora? What can scholars, students and citizens in our vast and diverse region learn from the new scholarship on what is remembered in the black experience and what is forgotten within the Black Atlantic? These and other questions about historical memory were explored on Feb. 17, 2007, during Time Longer Than Rope: Historical Memory and the Black Atlantic, the 27th Marion Thompson Wright Lecture Series.

The one-day program acknowledged the centrality of memory in understanding the complexity of African American life after the Civil War, the role of memory in societies on the African continent and those in the Americas, the influence of memory on the construction of the black past, commemoration, identity, and the use of memory in contemporary scholarship on the Black Atlantic. David W. Blight, professor of American History and director of the Gilder Lehrman Center for the Study of Slavery, Resistance, and Abolition at Yale University, presented the keynote Marion Thompson Wright Lecture. Professor Blight is the nation’s foremost historian on memory and its intersection with African American historical narratives.

In a special presentation, Lonnie G. Bunch, III, director of the National Museum of African American History and Culture, Smithsonian Institution, was honored with the first Marion Thompson Wright Award for distinguished service to the public in the field of African-American life and history.