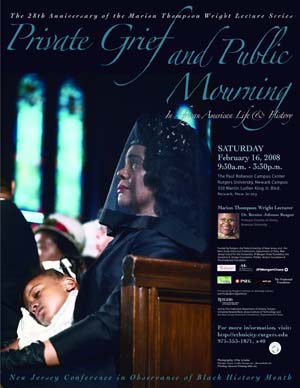 The one-day free public program acknowledged the deep sadness and enduring commemorative efforts associated with post-World War II African American history, especially as that history relates to the 1968 death of Dr. Martin Luther King, Jr. and the loss of so many others imperiled during the years of the modern Civil Rights Movement. The fortieth anniversary of Dr. King’s death in 1968 affords historians an opportunity to shed light on how that singularly tragic event is connected to a larger narrative of the emotional grief and commemoration of the Movement and those who made a sacrifice in its behalf.