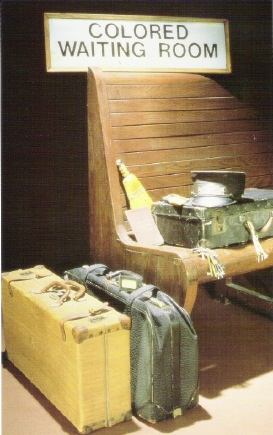 Through a series of lectures presented by an influential group of prominent speakers, the program, entitled Old Stories, New Venues: African American History in Public Spaces, examined the ways in which America memorializes black history, both in museums and at historic sites, through monuments, historic preservation, photographs or other recordings. It also investigated how the inclusion of black experiences has enriched the nation’s story.

Spencer Crew, Ph.D., the esteemed Executive Director and Chief Executive Officer for the National Underground Railroad Freedom Center, scheduled to open in Cincinnati, Ohio in 2004, opened the day-long celebration with the keynote address. Dr. Crew, a Rutgers University Alumnus, is the former director of the prestigious Smithsonian Institution’s National Museum of American History. He recently left that post to direct the design, program, and day-to-day operations of the upcoming Underground Railroad Freedom Center. An affiliate of The Smithsonian Institution and National Park Service partner, The Freedom Center is a national museum that will commemorate the efforts of the Underground Railroad by celebrating this heritage and raising awareness of the ongoing struggle for freedom among men and women around the world. It will also develop the historic themes of the Underground Railroad as it relates to contemporary society.

In addition to Dr. Crew, the speakers that participated in the MTW Lecture celebration were:

Lecture moderators were Clement A. Price, Professor of History and Executive Director of the Rutgers Institute on Ethnicity, Culture, and the Modern Experience at Rutgers University, Newark Campus, and Giles R. Wright, Director of the African American History Program for the New Jersey Historical Commission.