2019 The High Art of Stepping: A Dance Concert with Step Afrika! 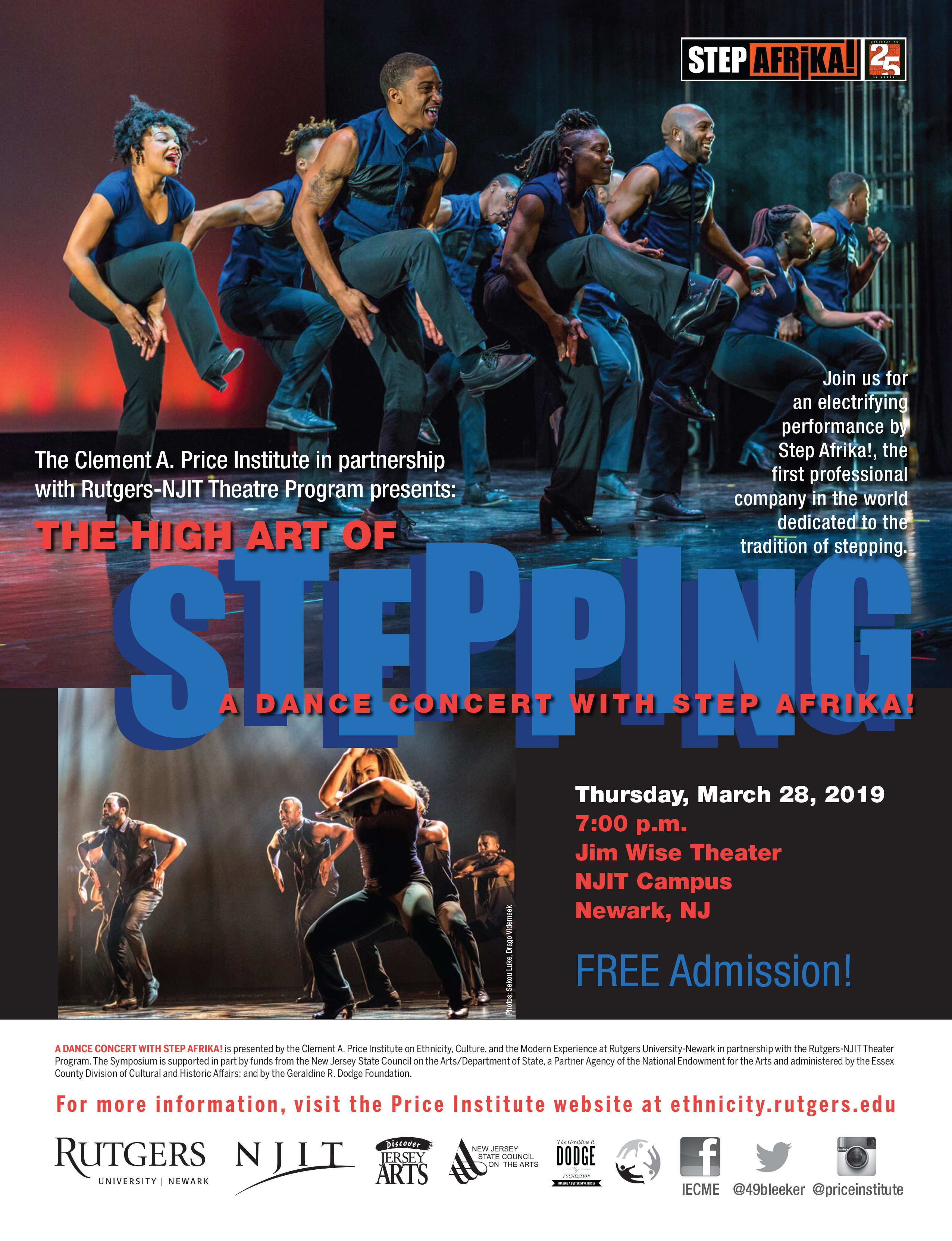 The High Art of Stepping: A Dance Concert with Step Afrika!

The Clement A. Price Institute presents Step Afrika! as the spring entry in its Dance Symposium Series at the Jim Wise Theater on the NJIT campus in partnership with the Rutgers-NJIT Theater Program.

Step Afrika! was founded in 1994 as the first professional company dedicated to the tradition of stepping. It now ranks as one of the top ten African American dance companies in the United States. The Company blends percussive dance styles practiced by historically African American fraternities and sororities, African traditional dance and influences from a variety of other dance and art forms. Performances are much more than dance shows; they integrate songs, storytelling, humor, and audience participation. The blend of technique, agility, and pure energy makes each performance unique and leaves the audience with their hearts pounding.

Step Afrika! promotes stepping as an educational tool for young people, focusing on teamwork, academic achievement and cross-cultural understanding. It reaches tens of thousands of Americans each year through a 50-city tour of colleges and theaters and performs globally as a cultural ambassador. It has also performed at the White House and is featured prominently at the Smithsonian's new National Museum of African-American History & Culture with the world's first stepping interactive.

The concert will be free and open to the public.

For questions regarding the event, please call us at 973-353-3891 or email us at priceinstitute@newark.rutgers.edu