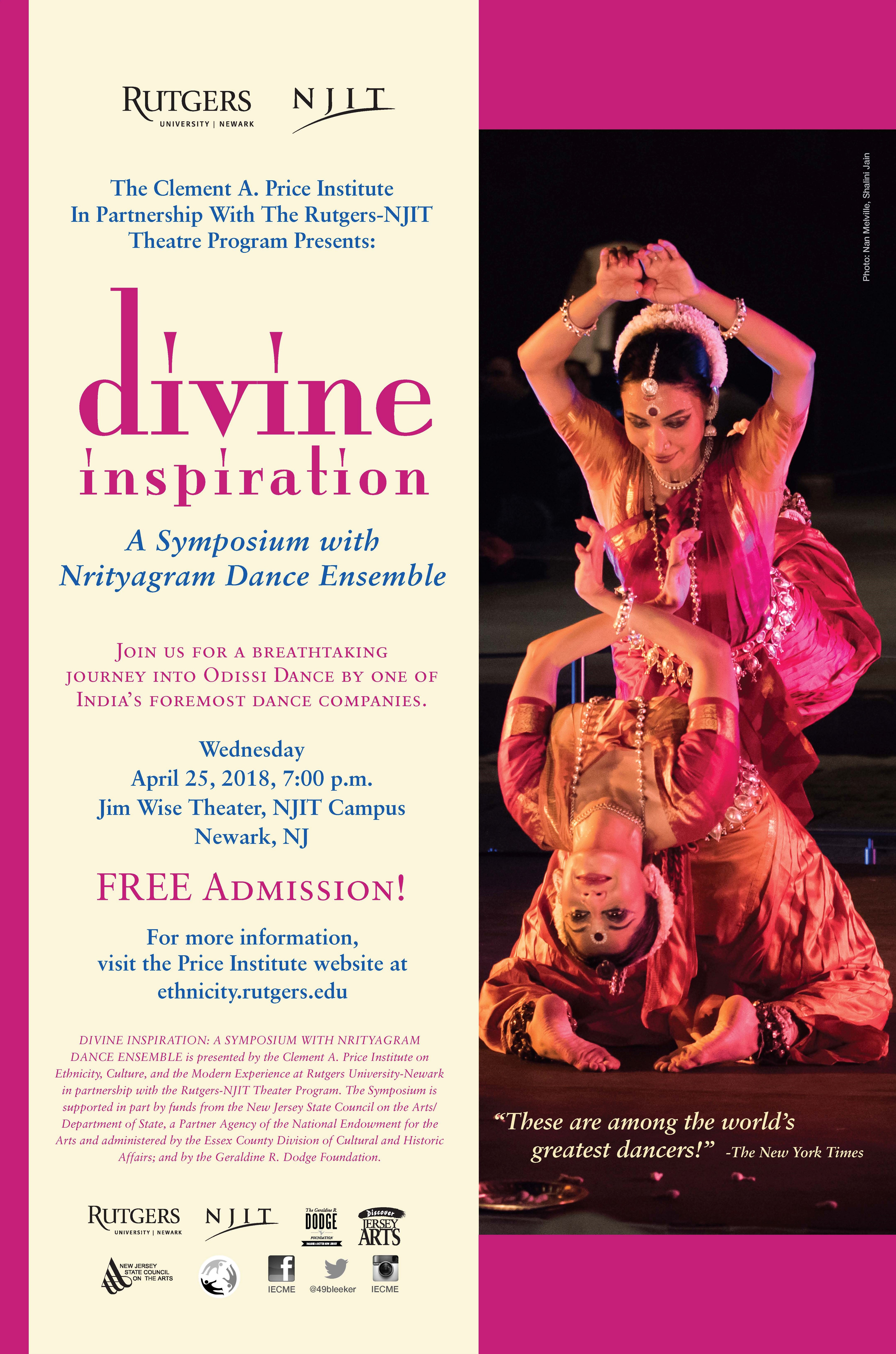 This event is free, but tickets will be required for admission.

Tickets will be available at the box office at the Jim Wise Theatre at NJIT the night of the performance beginning at 5:00pm.

Tickets will be available on a first come, first served basis, with a maximum of two tickets per person.

More than a dance company, Nrityagram was founded in a village devoted to dance. The all-female troupe’s daily life of intensive training and meditation brings to the stage compelling performances that are at once sensual and lyrical. A unique blend of traditional knowledge with contemporary understanding and application makes the Nrityagram School the only institution of its kind in the world.

The company is devoted to bringing Odissi -- one of the oldest classical Indian dance traditions in the world -- to audiences worldwide. Led by Artistic Director Surupa Sen and longtime collaborator and dance partner Bijayini Satpathy, the company has achieved worldwide critical acclaim.

In 2015, the company performed in front of the Temple of Dendur at the Metropolitan Museum of Art in New York City; in Fall of 2016, the company performed as part of the “Sounds of India” program for Lincoln Center's White Light Festival.  Nrityagram has the unprecedented distinction of making The New York Times’ “Best Dance of the Year” list two consecutive years in a row (2015 and 2016).  The company drew special praise from NY Times dance critic Alistair McCauley:   “One of the most extraordinary dance events of the year…The only proper response to dancers this amazing is worship.”

This event is sponsored and organized by the Clement A. Price Institute at Rutgers University-Newark, in partnership with Rutgers/NJIT Theater Program.