The 35th Anniversary of the Marion Thompson Wright Lecture Series 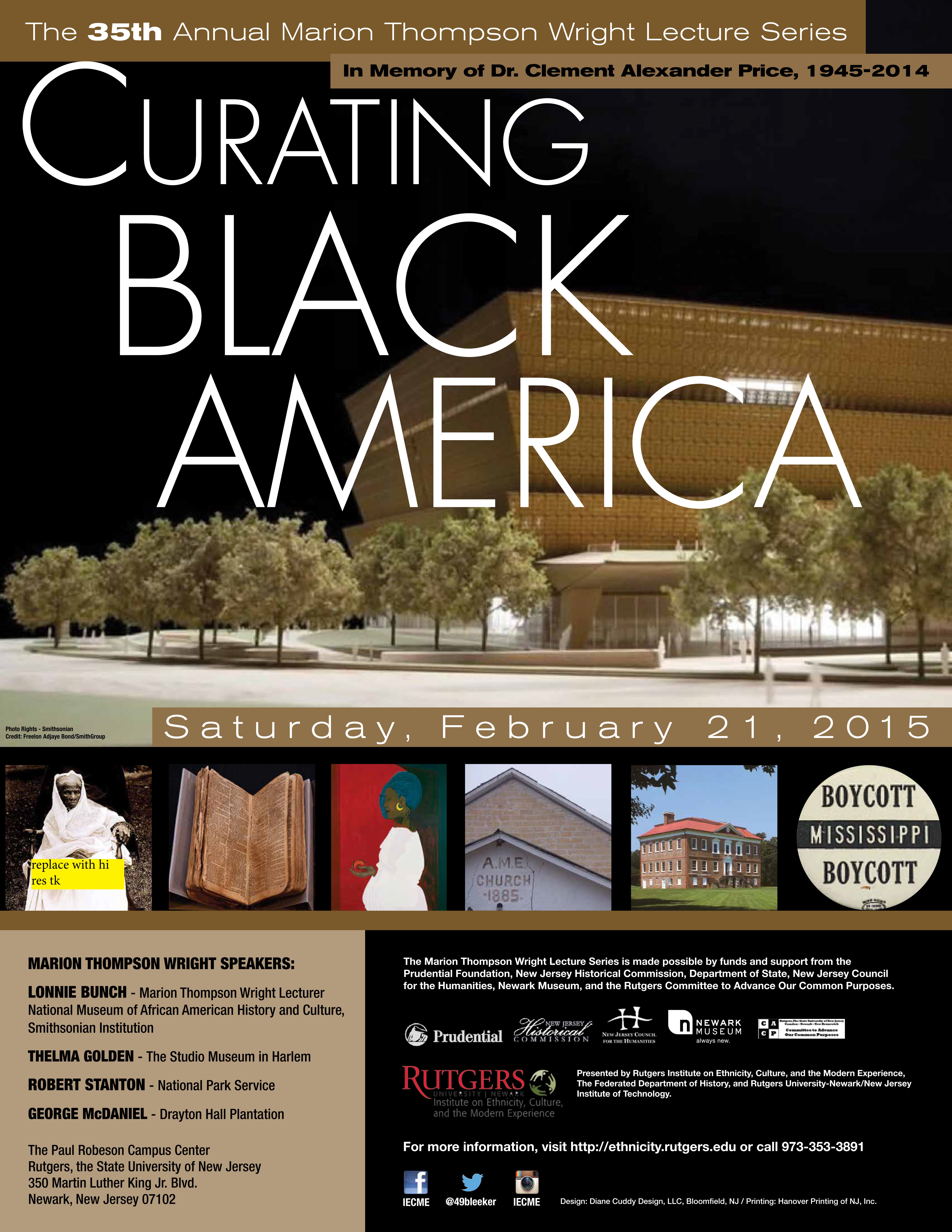 African American history is American history, located at the center of the making of the American Republic. The 2015 Marion Thompson Wright Lecture Series entitled Curating Black America, used the imminent grand opening of the Smithsonian's National Museum of African American History and Culture (NMAAHC) in Washington, D.C., to invite a wide-ranging discussion of the ways we remember the black experience and present it to a diverse global audience, especially as the newest resident of the National Mall readies to spotlight such issues for the world.  The 35th annual MTW conference was presented Saturday, February 21, 2015, from 9:30 a.m. to 3:00 p.m. at the Paul Robeson Campus Center at Rutgers University-Newark, in memory of Institute director, Dr. Clement Price, who co-founded the series in 1981 with the late Giles R. Wright.

Lonnie Bunch, inaugural Director of the NMAAHC, was the 2015 Marion Thompson Wright Lecturer. Dr. Bunch reflected on his experience launching the Museum and on the importance and challenges of presenting the African-American past. The day’s other speakers explored black history and culture through their experiences leading several other premiere museums and historic sites.  Those speakers were: Robert Stanton, former director of the National Park Service; Thelma Golden, Director and Chief Curator of The Studio Museum in Harlem; and George McDaniel, Executive Director of the Drayton Hall Historic Site in Charleston, South Carolina. 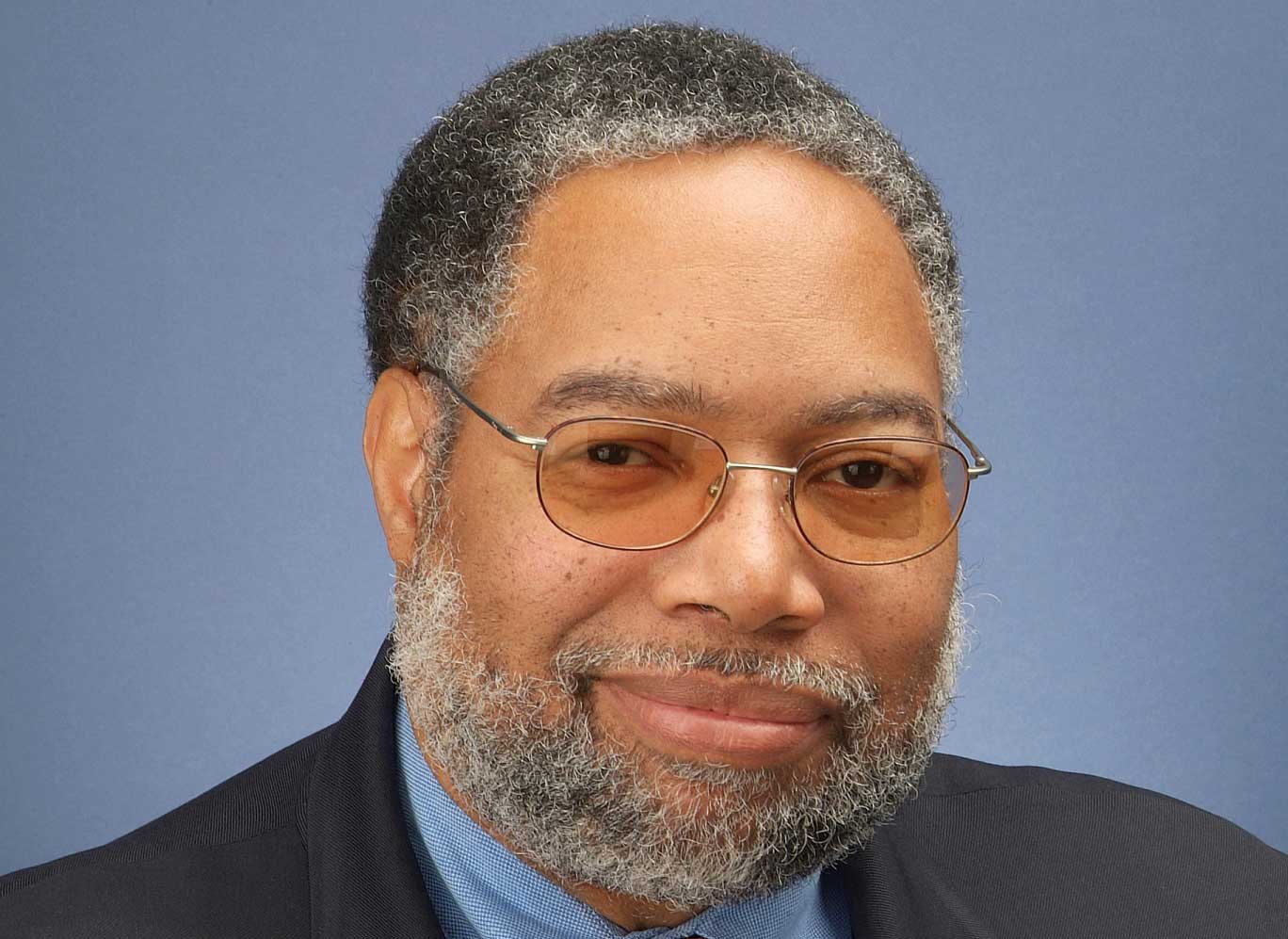 The conference culminated in two special events that began at 4 p.m. at the Newark Museum, 49 Washington Street. They included a celebration of Dr. Price's life and a special announcement renaming the Institute. MTW attendees were invited to a reception in the Museum’s Englehard Court which featured live musical entertainment by The Bradford Hayes Trio. Then, the Institute on Ethnicity and the Chancellor's Office at Rutgers University - Newark mounted a special tribute to Dr. Price’s life and work beginning at 5 p.m. in the Museum’s Billy Johnson auditorium.  Invited speakers participated in a moderated discussion about his work and contributions in the fields of public history, African American history, and the public humanities.  They included: Pulitzer Prize-winning historians Taylor Branch and Annette Gordon-Reed (Harvard Law School); Spencer Crew, George Mason University; Johnnetta Cole, Smithsonian National Museum of African Art, and Nell Irvin Painter, artist and professor emerita, Princeton University.

The lecture series was co-founded in 1981 by Dr. Clement Price, Board of Governors Distinguished Service Professor of History at Rutgers University, and Giles R. Wright, New Jersey Historical Commission. Over the past 34 years, the conference has drawn thousands of people to Rutgers University-Newark and has attracted some of the nation’s foremost scholars and humanists who are experts in the field of African and African American history and culture. It has become one of the nation's leading scholarly programs specifically devoted to enhancing the historical literacy of an intercultural community.

The annual conference was named for East Orange native Dr. Marion Thompson Wright, a pioneer in African American historiography and race relations in New Jersey, who was the first professionally trained woman historian in the United States.

The Marion Thompson Wright Lecture Series is sponsored by the Rutgers Institute on Ethnicity, Culture, and the Modern Experience; and the Federated Department of History, Rutgers University-Newark and the New Jersey Institute of Technology. The 2015 conference receives additional support from: the New Jersey Historical Commission/Department of State;  the New Jersey Council for the Humanities; the Rutgers Committee to Advance Our Common Purposes; and the Prudential Foundation.