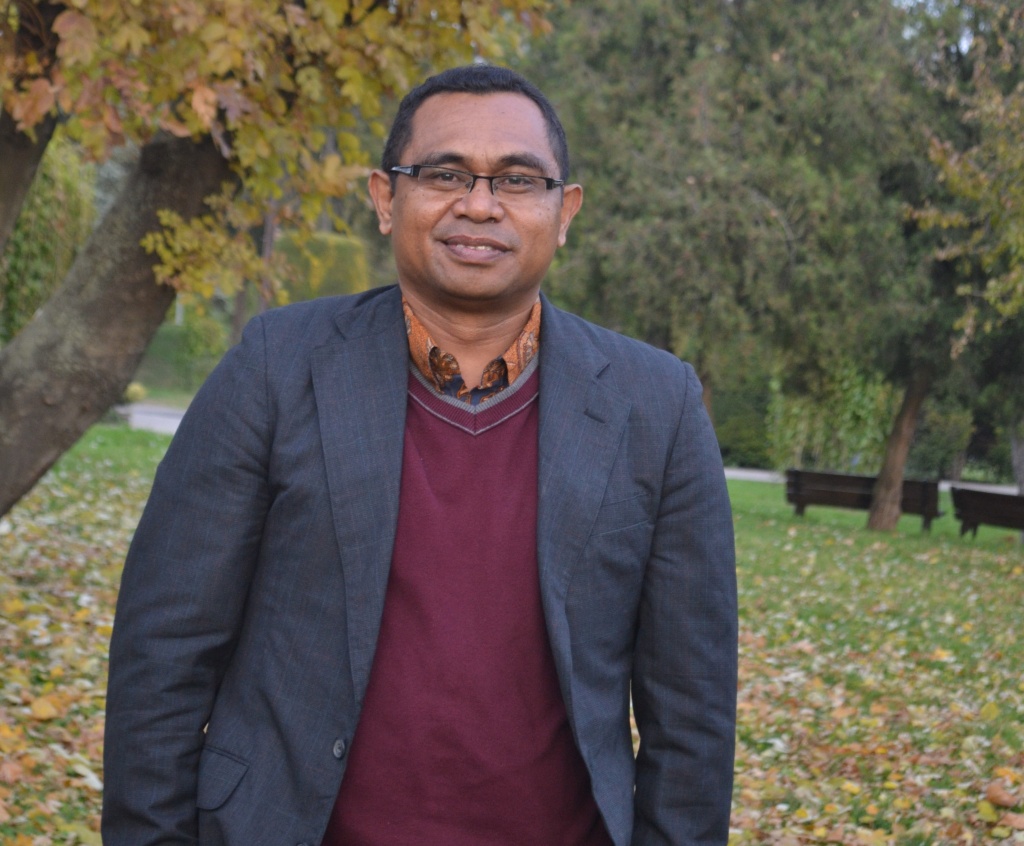 Dr. Izak Y. M. Lattu  (May 2021-April 2021) is the Director of the Center for the Study of Religion, Pluralism and Democracy (PUSAPDEM) at Satya Wacana Christian University in Salatiga, Indonesia, where he is an Assistant Professor of Religion and Peace in the Department of Theology and Sociology of Religion. He is also a Regular Visiting Professor of Interreligious Dialogue at the Center for Religious and Cross-Cultural Studies (CRCS), Gadjah Mada University, in Yogyakarta, Indonesia. Dr. Lattu received his PhD in the interdisciplinary study of religion from the Graduate Theological Union in Berkeley, California (2015) as a Fulbright Scholar. He has also been a research fellow at the Ash Center for Democratic Governance and Innovation at the Harvard Kennedy School, Harvard University in 2013 – 2014. Dr. Lattu’s research focuses on sociology of religion, peace studies, indigenous knowledge (folklore) and democracy in oral-oriented societies. He has presented his research on religion and peace at a wide variety of international universities and conferences including the annual meetings of Association for the Sociology of Religion (ASR), the American Academy of Religion (AAR), and the Conflict Research Society (CRS). His latest article, “Beyond Interreligious Dialogue: Oral-Based Interreligious Engagements”  can be found in the Annual Review of the Sociology of Religion.