This spring we welcome three new faculty members to the School of Arts & Sciences Newark, in addition to the 14 scholars and instructors who joined us in the fall. Below is our introduction to these scholars joining the SASN family.

Xuejian Wu joined the Physics department this semester as Assistant Professor. A native of China, he received his Ph.D. from Tsinghua University, in Beijing, and served as a postdoctoral scholar in the Department of Physics at the University of California, Berkeley from January 2015 to December 2020. 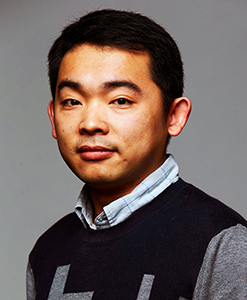 Trained in precision-measurement physics, Wu taught Optical Precision Measurements, along with Physics lab courses, at Berkeley, and focused on developing novel precise sensors for fundamental and applied physics, including using atomic physics and optics to develop versatile quantum inertial sensors. In fact, while in California, he completed gravity surveys for the first time using a compact quantum gravimeter, which will pave the way for operating quantum sensors in the field.

During his first semester at RU-N, Wu will focus on setting up his new lab and is starting a new experiment to build an atom interferometer with atoms around an optical nanofiber. This quantum sensor can be used for measuring accelerations and rotations in applications such as inertial navigation. His research goal is to advance quantum sensing to new heights, with unprecedented sensitivity, miniaturized size, turn-key operation and versatile functions. in Fall 2021 he’ll begin teaching undergraduate courses in Thermodynamics.

“I am really excited to be part of the nation’s most diverse university,” said Wu. “I hope to develop new courses or laboratory experiments, based on my research, that will train students for the ongoing second quantum revolution, creating new talent in the emerging field of quantum sensing, computing, communication and materials.”

Lily Khadempour is Assistant Professor in the Department of Earth & Environmental Science, in the Ecology and Evolution Group. Prior to arriving at RU-N, she was postdoctoral researcher in the Department of Biology at California State University, Northridge. She received her B.S. in Ecology & Environmental Biology and M.S. in Forestry from the University of British Columbia, and obtained her Ph.D. in Integrative Biology at the University of Wisconsin–Madison 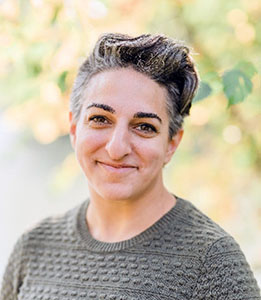 Khadempour is a microbial evolutionary ecologist who focuses on insect-microbial symbiosis and eco-evolutionary dynamics, focusing on how insects have evolved with microbial symbionts as an interface between them and their environments, and how microorganisms can be used to test and further develop eco-evolutionary theory. Research in her lab examines why we observe the relationships that we do in nature, using fieldwork, bench work (both culture work and molecular biology), and the synthesis of large ‘omics datasets in a variety of systems to get at the answers.

Khadempour has taught Comparative Vertebrate Anatomy and Wood Chemistry Lab courses, and has lectured on subjects as varied as Principles of Ecology; Wood Chemistry; Biology and Genetics of Filamentous Fungi; and Diversity, Ecology and Evolution of Microorganisms. Currently she is teaching a graduate-level course on Evolution and eventually will be teaching General Microbiology as well as developing new courses on Symbiosis and Microbial Ecology.

“The first time I walked onto the campus at Rutgers-Newark, I knew this was where I wanted to be,” said Khadempour. “I can see that this university takes social and racial justice seriously, and I am excited to build my research group in such an environment. It will help me to further my goals of making the fields of ecology and evolution more inclusive, and to support, teach and mentor the next generation of fantastic and multi-faceted scientists.”

Frank Garcia joins the SASN faculty as Assistant Professor in the Department of English and as an Affiliate of the Department of African American and African Studies. Originally from Southern California, Garcia studied at Riverside Community College before transferring to the University of California at Riverside, where he received a B.A. in English. He later moved to the Midwest to pursue an M.A. and a Ph.D in English at the University of Illinois, Urbana-Champaign, where he also taught a range of American literature and film classes. At Rutgers, he is currently teaching a survey of Latina/o/x literature, and next semester he looks forward to offering an introductory film course and an HLLC class on American prison literature. 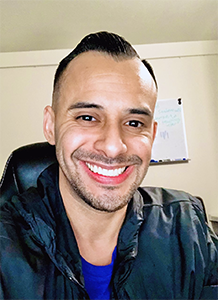 When he is not teaching, he is working on his research, which centers on Latina/o/x literature and film; the theorization of race, racism and white supremacy; and queer and women-of-color studies. He has published on various topics, including fashion in the National Basketball Association, 1950s Chicana/o/x film history, and Latin American migration in contemporary American cinema. Currently he is completing a book on Latina/o/x gang literature and film, as well as several articles on race in Disney movies and on queer Latina/o/x cinema.

“As someone who was the first in his family to attend college, I wholeheartedly cherish the opportunity of being able to teach such a large population of underrepresented, first-generation college students at Rutgers-Newark,” said Garcia. “Although I hail from the West Coast, I feel as if this university has given me the chance to teach and work with a student demographic of which I was a part of.”

Rachel Hadas for The Conversation: Holding on to hope is hard, even with the pandemic’s end in sight – wisdom from poets through the ages