Each fall we welcome a new crop of faculty to the School of Arts & Sciences Newark, and this year is no exception. A total of 14 scholars and instructors will start at SASN this semester, with more arriving in spring. Below, in Part 2 of this fall series, is our introduction to the second group joining our family.

Stefon Harris is Assistant Professor of Music in the Arts, Culture & Media department. He received his Bachelor of Music degree in classical music and Master of Music degree in jazz performance at Manhattan School of Music, in New York City. He served as Associate Dean and Director of Jazz Arts at his alma mater, was part of New York University’s jazz faculty for the past decade, is currently Artistic Director of Jazz Education at New Jersey Performing Arts Center, and is not only a renowned educator but one of the most sought-after vibraphonists on the jazz scene today. 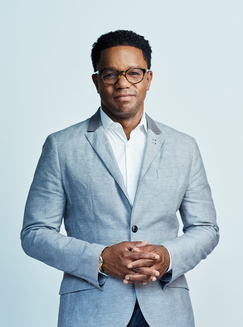 A recipient of the prestigious 2018 Doris Duke Artist Award and the Martin E. Segal Award from Lincoln Center, Harris has also been named Best Mallet player eight times by the Jazz Journalist Association, chosen as Best Vibes player in the 2018 and 2017 Downbeat Magazine Critic’s Poll, and won numerous other awards during his career. He also has been the subject of several documentaries for his playing and innovative educational work, and has been featured on NPR and in many other media outlets.

“I’m incredibly honored to join the Rutgers-Newark family. This is an institution with tremendous integrity and a clear mission to empower all young people with the tools they will need to perceive and interpret the world they will be charged to lead,” said Harris. “I’m looking forward to teaching and learning in this truly culturally inclusive environment.”

Peter Hepburn is Assistant Professor in the Department of Sociology & Anthropology. He received an M.A. in Latin American Studies from the University of Chicago, his Ph.D. in Sociology & Demography from the University of California, Berkeley, and completed post-doctoral research at Princeton University. He has taught graduate-level Sociology Research Methodology courses and undergraduate Social Consequences of Population dynamics courses at Berkeley, and will be teaching Social Research I and II this academic year at RU-N. 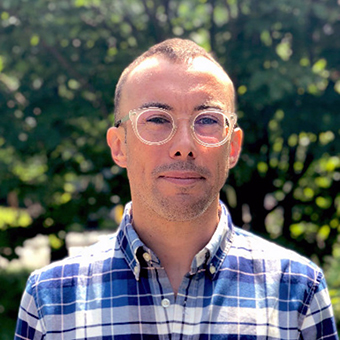 Hepburn’s research examines how changes to three core social institutions—work, criminal justice and housing—produce and perpetuate inequality. He uses a variety of quantitative methods and data sources to demonstrate and analyze disparities in exposure to precarious work, the criminal justice system and housing instability, developing measures and models that allow for new insight into the variability of lived experience for disadvantaged populations and the transmission of inequality across generations.

Hepburn has received training Grants from the National Institute on Aging and the National Institute of Child Health and Human Development, and for two years (2016–2018) was Child Care Research Scholar for the Office of Planning, Research & Evaluation Administration for Children and Families, part of the U.S. Department of Health and Human Services. He recently received a Covid-19 grant from the University of California, Berkeley’s c3 Digital Transformation Institute, where researchers are modeling the spread of COVID-19 for intervention policies, modeling homelessness caused by the shutdown and to target aid for at-risk communities, and developing machine-intelligence methods to aid in the interrogation of medical images from Covid-19 patients.

"Public higher education is one of the nation's most important institutions, an unparalleled tool for individual advancement and a critical bulwark for democracy,” said Hepburn. “I am enormously proud to be joining Rutgers University, and am particularly excited to be part of the RU-N and broader Newark communities."

Melanie R. Hill is Assistant Professor of American Literature in the Department of English. Hill received her Ph.D. in English Literature with two graduate certificates in Africana Studies and Women, Gender, and Sexuality Studies from the University of Pennsylvania. 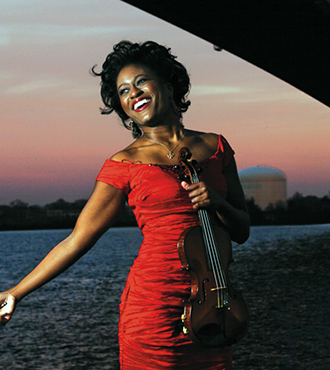 Hill’s research focuses on the intersection of literature and music. She is a reviewer for the Yale Journal of Music and Religion, and has written articles on black feminism and the sermon as sonic art in James Baldwin’s "The Amen Corner," as well as articles on Bessie Smith and Ella Fitzgerald for the Religions Journal and Oxford University Press, respectively. Her forthcoming manuscript, "Colored Women Sittin’ on High: Womanist Sermonic Practice in Literature and Music," under contract with the University of North Carolina Press, focuses on the ways in which black women preachers in African American literature, music and on the pulpit counter social injustices through sermon and song.

In addition to her scholarship, Dr. Hill is a Gospel Soul violinist who has performed at the White House on two occasions under the Obama administration, the Kennedy Center, the Apollo Theater, the Staples Center in Los Angeles, and other venues.

"As an interdisciplinary professor who teaches the intersections of literature and music, Rutgers University–Newark is an innovative institution where both art and social justice amalgamate in productive and significant ways,” said Hill. “I look forward to preparing and launching students forward into ultimate success that impacts their communities, the nation and the world."

Chen Wan is an Assistant Professor in the Department of Mathematics & Computer Science at RU-N. He was born and grew up in Jingdezhen, China, completed his B.S. in Mathematics at Nanjing University, and came to U.S. in 2013 to earn his Ph.D. in Mathematics 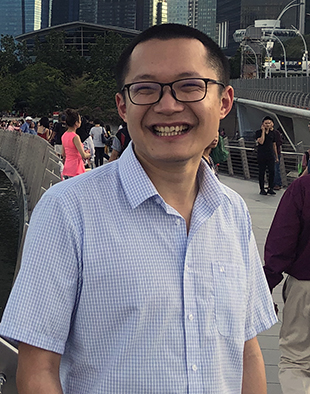 at the University of Minnesota. He then spent the 2017-2018 academic year as a member at the Institute for Advanced Study, followed by two years at the Massachusetts Institute of Technology (MIT) as a C.L.E. Moore instructor, teaching Calculus and Differential Equations, before arriving at RU-N, where he’ll start off teaching Calculus I and II.

His research areas include automorphic forms, representation theory, trace formula and L-functions. He is particularly interested in incorporating the theories of harmonic analysis, trace formula and spherical varieties into the study of multiplicities, functoriality, period integrals and L-functions. Currently his research is partially supported by a 3-year NSF grant.

“I am thrilled to join the Department of Mathematics & Computer Science at Rutgers-Newark, and I am also very enthusiastic about becoming part of the Rutgers-Newark community,” said Wan. “I look forward to working with my colleagues in areas of research and education, and serving the community.”

Exploring 'In the Heights' with NYC Historian Rob Snyder