Each fall we welcome a new crop of faculty to the School of Arts & Sciences Newark, and this year is no exception. A total of 14 scholars and instructors will start at SASN this semester, with more arriving in spring. Below, in Part 1 of a four-part fall series, is our introduction to the first group joining our family.

Diane Wong is an Assistant Professor of Political Science at RU-N. Previously, she was Assistant Professor and Faculty Fellow in the Gallatin School of Individualized Study at New York University. She holds a Ph.D. in American Politics and M.A. in Comparative Race, Ethnicity and Immigration from the Department of Government at Cornell University. Her interests include American politics, Asian American politics, gender and sexuality, urban governance, comparative immigration, race and ethnicity, cultural and media studies, and community-engaged research. 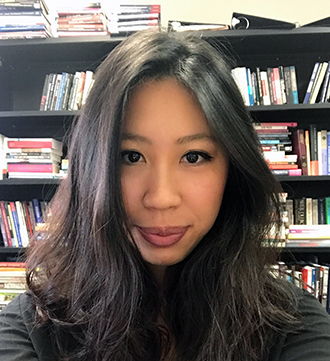 Wong is a first-generation Chinese American born and raised in Flushing, Queens, in New York City. Her current book project, You Can’t Evict A Movement, centers intergenerational resistance to gentrification in Manhattan’s Chinatown, and uses ethnography, participatory mapping, archival research, augmented reality and oral history interviews. Wong also is a socially engaged artist and, as part of various cultural collectives, has held artist residencies with the Laundromat Project, Fourth Arts Block and the Metropolitan Museum of Art. Her multimedia exhibit "Homeward Bound: Global Intimacies in Converging Chinatowns" is now on display at the Pao Arts Center in Boston.

“I am beyond excited to work with such a vibrant community of scholars, students, and practitioners, and to be part of a campus that uplifts innovative pedagogy and community engagement,” said Wong. “I am also humbled to be part of a city that has such a deep, vibrant, and rich history. The possibilities feel endless to me.” 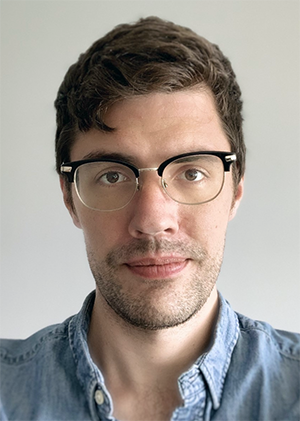 Colin Kinz-Thompson is an Assistant Professor of Chemistry at RU-N. He holds a B.S. in Chemistry from the University of Rochester and a Ph.D. in Chemistry from Columbia University, which he followed with four years of post-doctoral research at NYU School of Medicine and Columbia University (2016–2020) prior to arriving at RU-N this fall. His research focuses on motions of complex molecules, how they are organized, and how they enable chemistry, with a special focus on membrane-bound proteins, single-molecule techniques such as fluorescence resonance energy transfer (FRET) microscopy, and the use of Bayesian inference and machine learning algorithms. Kinz-Thompson taught graduate-level biophysical chemistry at Columbia and will start his RU-N tenure by teaching the upper-level undergraduate physical chemistry lab class.

“I grew up in Rochester, NY, and attended the University of Rochester right when the companies that held that city together (like Kodak) failed hard,” said Kinz-Thompson. “Seeing how the University stepped up as a pillar of the city really informed my view of the role that higher-education institutions should play in public life. Being able to come to RU-N and be a part of a similar anchor for Newark is humbling and inspiring, and I can’t wait to start." 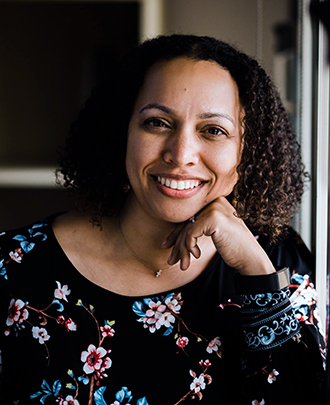 Her research focuses on the professional lives of urban teachers and pre-service teachers (with a specific focus on teachers of color), the schooling experiences of urban youth, biracial identity development, and autoethnographic approaches in educational settings.
Mawhinney has taught in diverse settings, from the American Indian reservations of South Dakota to urban Philadelphia—and in a range of urban contexts, including middle school, high school, undergraduate, graduate, and GED and employment training programs for TANF (formerly known as Welfare) recipients and dislocated workers. For the last 10 years, she has conducted teacher training in the U.S., Vietnam, Taiwan, Thailand, South Africa and Egypt. She has spent 14 years in higher ed, teaching at Lincoln University, the first degree-granting HBCU, before co-founding the 5-year Urban Education program at The College of New Jersey, and then serving as Professor and chair of the Department of Curriculum and Instruction at the University of Illinois at Chicago. In 2013, Mawhinney was awarded the prestigious Fulbright Core Scholar award.

William Garcia is a Teaching Instructor of narrative and video production, and screenwriting, for the Department of Arts, Culture & Media. An accomplished screenwriter, film director and teacher, he received his BFA from the School of Visual Arts, in New York City, and is the principal of Sonora Films, where he produces and develops television, feature films, documentaries and digital media content. 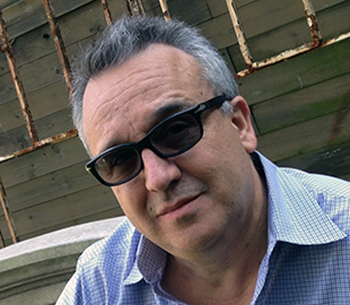 Garcia is a CineStory winner and a Nicoll fellow semi-finalist for his original screenplay Killing Willie Davis. His award-winning documentary, A Day at a Time, about parents of disabled children, was narrated by Kathleen Turner and has been broadcast throughout the world. His dramatic short film A Whole New Day starred the late Emmy Award–winning actor James Gandolfini (The Sopranos), won several film-festival awards and premiered on HBO’s Cinemax.

Garcia has received grants from The New York State Council on the Arts and a fellowship from the New York Foundation for The Arts, and has taught documentary filmmaking at LaGuardia High School of Music & Arts and Performing Arts; directing, writing, and film and documentary production at School of Visual Arts (2008–2019); and narrative and video production, and screenwriting, at RU-N.

"I feel very lucky and honored to have been invited to join the RU-N faculty as an NTT Instructor working within SASN in the video program,” said Garcia. “After already having the pleasure of teaching as an adjunct here for the past three semesters, I'm really looking forward to re-connecting, interacting and being inspired by my students."

Chart a Course: Intro to Printmaking at Home

Dean Mattis Sends Year-End Message of Hope to the Community