A Series on Teaching and the Pandemic

When COVID-19 struck mid-way through the spring semester this year, SASN professors had to turn on a dime and get creative about how to teach remotely—no small feat, given the novelty of the virus and the unprecedented situation the world found itself in. Necessity being the mother of invention, the college’s faculty have found myriad ways to adapt to this new learning environment. In this new series, we’ll examine some of the solutions professors have come up with to tackle remote learning and maintain the high level of engagement and academic rigor SASN is known for, as well as some of the challenges they face as they navigate this Brave New World in teaching.

This fall, professors Lockard and Kinz-Thompson are co-teaching upper-level Physical Chemistry, a hands-on lab course that puts into practice all of the theory that students learn in Physical Chemistry I and II.

When the pair realized that students couldn’t perform labs in person due to COVID-19, they devised a way to bring the labs to the students. Of the nine labs they developed for the course, two are at-home electronics experiments that are especially creative, using a microcontroller circuit that can be easily assembled by students, some open-source software, and household chemicals such as food dyes.

“You can hear about theories and the experiments that led scientists to arrive at certain conclusions,” said Kinz-Thompson, “but it takes building an instrument, making the measurements and doing the analysis to put all of that work into context. That’s generally what this course provides, and so we brainstormed how we could make that happen.”

For the electronics experiments, the students use resistors, LEDs, wire and other parts to set up an electronic circuit, program the microcontroller to record and measure chemical phenomena that “take place” within those circuits, interface the microcontroller with a computer, and then take the measurements off the computer and use them to learn something about the molecular and chemical natural phenomenon being studied.

In one experiment, they measure Planck’s constant by programming the microcontroller to measure the relationship between current and voltage for several different color LEDs. In another, they verify the Beer–Lambert law by assembling a photometer to measure light intensity, then comparing measurements through various mediums such air, water, Red 40 food dye and Fruit Punch–flavored Gatorade.

It takes building an instrument, making the measurements and doing the analysis to put all of that work into context.

“The circuit is where the chemistry ‘happens.’ The microcontroller measures voltage—or chemistry phenomena transduced into electrical signals, which is a representation—and the students then map that back to gain insight into the chemistry happening inside and around the circuit,” said Kinz-Thompson. “In our actual chemistry lab, they would be using $10,000 spectrometers and other expensive instruments. This way they get to build a low-cost version of those instruments and see what’s under the hood in a rudimentary way.”

For these particular labs, the professors chose the open-source Arduino electronics/microcontroller platform, which is based on easy-to-use hardware and software. A microcontroller is a small computer on a single metal-oxide-semiconductor integrated-circuit chip. They’re used in automobile-engine control systems, implantable medical devices, remote controls, office machines, appliances, power tools, toys and more.

In addition to providing hands-on experiments for the class, this approach also prepares the students to do modern research, according to Kinz-Thompson.

“Many of the experiments in the lab are ‘tried-and-true' standards that are very important for learning about physical chemistry, but they’re not necessarily as relevant to how research is done today,” he said. “Arduinos are really quite popular in lab-built instrumentation these days, and having the skill to design, program and integrate it one into an apparatus means that students are getting the exposure they need to create their own instruments to do cutting-edge research. Arduinos are inexpensive and very enabling in that sense.” 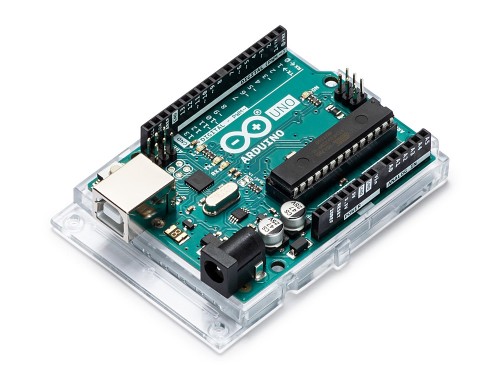 Three of the remaining seven labs in Lockard and Kinz-Thompson's course focus on computational chemistry, where students create computer models of molecules and wave functions, and then manipulate them to understand them mathematically. The final four focus on data analysis.

The professors have been holding real-time video “lab lectures” on Blackboard, which cover theory and bigger-picture chemistry required to understand the labs, along with video office hours during the week.

One of the challenges of the remote-learning format is knowing how much info to give to the students and how much to leeway to give them to figure out lab problems themselves.

“Striking the right balance has been tough,” said Kinz-Thompson. “You want to make the labs accessible to students who aren’t physically present so you can lead them thru any hiccups while still making it pedagogically useful experience for them. But we’re early in this process, and we’re learning as we go.”