Paul Boxer is a Professor of Psychology and Senior Fellow in the School of Criminal Justice at Rutgers University–Newark who studies the development, prevention and treatment of violent and nonviolent antisocial behavior, particularly among youths involved in the juvenile justice system.

He is Director of the Rutgers Center on Youth Violence and Juvenile Justice, and was recently named head of research for the New Jersey Center on Gun Violence Research, which is being set up by the New Jersey State Legislature in conjunction with Rutgers University and is only the second research center of its kind in the nation.

Recently Boxer and colleagues from across the U.S., Israel and the West Bank completed an ambitious longitudinal study, funded by the National Institutes for Health, which strongly links Israeli and Palestinian youth’s persistent exposure to ethnic-political violence to serious violent and antisocial behavior as they become young adults.

Beginning in 2006, the researchers interviewed Israeli Jewish and Palestinian Arab children and their parents over the course of seven years, starting with cohorts of 600 Palestinian Arab and 450 Israeli Jewish youth, ages 8, 11 and 14, with a final follow-up sample of about 400 Palestinians and 160 Israeli Jews when they were 14, 17 and 20. They also included nearly 500 Israeli Arab children who were not part of the final round of interviews or their current paper, published recently in the journal Aggressive Behavior, by the International Society for Research on Aggression.

We sat down with Boxer to discuss the project and his findings.

This is a seven-year study involving, at least at the outset, 1,500 youths and their families abroad, including the Israeli Arab children. How was your team able to pull this off?
The Palestinian Center for Policy and Survey Research, based in Ramallah, Israel, on the West Bank, developed a methodology for getting interview subjects, along with colleagues at Hebrew University of Jerusalem and Tel Aviv University. We relied on their local expertise to pull all the data together, and we and our U.S. colleagues developed the theoretical model and aggregated all the data as it came in to develop datasets that could be used for subsequent analysis. We could not have done this without the support of our colleagues on the ground in Israel and the West Bank.

I hope that our work encourages other folks, especially junior investigators, to keep pushing on these issues.

How do we make sense of the findings?
This study fits into, and is consistent with, the larger literature on what happens when kids grow up under conditions of persistent and chronic violence, whether it’s kids in urban communities or kids growing up with domestic violence or in neighborhoods with lots of crime: It increases the likelihood that they themselves will become violent. We know these are risk factors, and now we know this is true as well with kids growing up with ethnic and political violence.

And though it’s a little bit of a broader leap because we didn’t measure suicide attacks per sé or extreme violent political terrorist events, we do think these findings gives us some insight into conditions that can lead people down the path to terrorism. People often say young adults in the Middle East participate in political violence because of economic conditions. That may in part be true, but in our sample, many said they’re inclined to do so because of violence directed toward their communities. That goes for both Palestinian Arab and Israeli Jewish kids, though the likelihood is greater for the former because they report significantly more exposure to violence at the hands of the Israeli military than Jewish kids do the other way around, and the Palestinian youth are far more distressed in general, according to our data.

Why did you jettison the Israeli Arab kids from the latter part of the study?
They were in the middle regarding their experience with violence and trauma, but when we broke down other analyses of ethnicity, nationalism and beliefs about their country, we found they’re in a bind in how they’re perceived by the other two groups, and the results were much less clear than they were with the Israeli Jewish and Palestinian Arab kids. We meant in no way to diminish their experience by omitting them from the final analysis, but given the 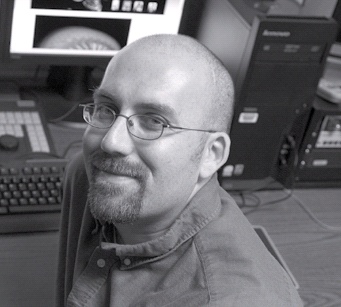 methodology we were using—no focus groups or expansive ethnographies—it would have been difficult to pull out what was really going on with them and do justice to their situation. I could see that being a separate study unto itself.

Are you breaking ground by studying the effects of ethnic and political violence on children?
We are. It’s really difficult research to do. Accessing samples of kids who have had these kinds of experiences is tough. There are only a handful of places in the world where this kind of research is happening—Northern Ireland, Congo, Sierra Leone, Iraq, and other studies of Israeli and Palestinian kids—and a very small number of researchers doing it. Doing this kind of work, a prospective longitudinal design following a large sample over time, requires a tremendous amount of effort and connection on the ground. Again, we couldn’t have done it without our Israeli and Palestinian colleagues.

What do you see going forward?
I hope that our work encourages other folks, especially junior investigators, to keep pushing on these issues. It’s not easy, but there are populations around the world that have not gotten the attention from scientific and social research that they deserve, and this is one way to promote that.

Thank you for sitting down with us.
I enjoyed it. Thank you.

Meet the Class of 2025: Alisson Lopez