A Rutgers University-Newark psychologist recently completed one of the first studies ever to look at brain activity as it relates to the popular concept of “intelligence mindset,” especially when a person’s competence is threatened.

Psychology Professor Elizabeth Tricomi, along with two of her former graduate students, Christina Benjani (Duke University) and Samantha DePasque (UCLA), examined how research subjects responded to negative IQ-test feedback depending on whether they viewed their intelligence as fixed or malleable.

Their neural responses confirmed what psychologists and education experts have long believed: that people who view their basic abilities and intelligence as fixed traits (called fixed mindset) typically have a harder time learning from negative feedback than those who believe those traits can be developed through effort, good teaching and persistence (growth mindset)—even when that feedback emphasizes information that can help them improve their performance.

The trio’s findings were published in the September issue of the journal Biological Psychology.

“Participants with fixed mindsets didn't learn well from negative, evaluative feedback, and their brain activity shows that they process negative feedback as punishing, even when it's framed to be informative,” says Tricomi. “That response was strongest for subjects who received a poor score on the IQ test we gave them, suggesting that one’s beliefs about intelligence are particularly important when one’s competence has been threatened.”

The Tricomi team’s study included a diverse group of 40 participants: 20 male, 20 female of mixed races/ethnicities with a mean age of 23.5 years. They were given an IQ test and received a low score or no score, then completed a word-association exercise consisting of a study, learning and test phase. During the learning phase, the researchers provided negative feedback that was biased as either more evaluative or more informative. Using functional magnetic resonance imaging (fMRI) and other data-analysis instruments, they monitored and analyzed the participants’ brain activity as they proceeded in their tasks, looking at responses in regions responsible for learning such as the caudate and ventral striatum.

Fixed-mindset participants showed stronger decreases in striatal signal, or a stronger punishment response, than growth-mindset participants, which aligned with what the research team had hypothesized: that the primary goal of participants with fixed mindsets is to avoid failure when their competence is threatened, which prevents them from recognizing the informational value of negative feedback and using it to their advantage. 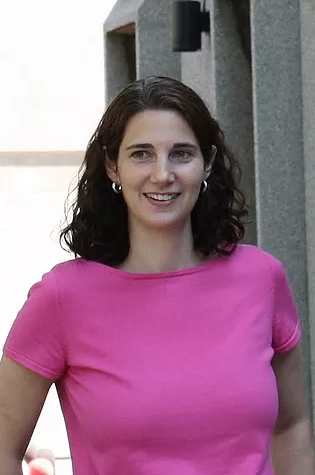 The importance of intelligence mindset has grown over the last decade and has been embraced by education specialists and managers in various industries. It was popularized back in 2006 by Psychologist Carol Dweck in her influential book Mindset: The New Psychology of Success. After outlining the idea, she went on to say that even if a person is not aware of their mindset, it’s often reflected by their reaction to failure: Fixed-mindset individuals dread failure because it is a negative statement on their basic abilities, while growth mindset individuals either don’t mind failure as much or embrace it because they know they can improve and that learning comes from failure.

Because these two mindsets permeate all aspects of a person's life and affect academic achievement early on, Tricomi says that “schools throughout the U.S. have implemented mindset interventions, hoping to get students to believe that their intelligence can be grown and developed through effort.”

Tricomi believes that neural learning signals across the brain are differentially affected by intelligence mindset and that future studies should examine the extent to which these varied brain regions mediate differences in in performance and striatal signals. She also sees value in studying how fixed- and growth-mindset individuals process positive feedback.

While there’s been a lot of school intervention to improve educational outcomes for students, especially those from low-income families facing socioeconomic barriers, Tricomi believes her work is broadening our understanding of this issue.

“Understanding the neural mechanisms that drive mindset-related differences in learning may further help improve engagement in classroom settings and educational outcomes,” she says.