On Friday, November 13, 2020, the Rutgers/NJIT Theatre Program and the wider Rutgers and NJIT families lost a friend, a mentor, a colleague, an educator, and a first-rate theatre designer and technical director, Dan Drew.

Dan, who lived in Newark with his family, worked at the NJIT Theatre from 1986 until 1996, when he moved to Rutgers University-Newark’s Theatre Program to take over operations of the Bradley Hall Theatre. His Theatre Program set designs on the intimate Bradley Hall stage and in the larger NJIT Jim Wise Theatre were a wonder year after year. He worked with the NJIT EOP (the Educational Opportunity Program for educationally and economically challenged students underrepresented in science, technology, and engineering) as well as other campus organizations. He was also a key figure in organizing the NJIT Commencements while playing a leading role for many years as one of the officers introducing graduates at the Rutgers University-Newark graduation ceremony. But, despite his many accolades and achievements, what Dan did best was to serve as a mentor, guide and, fittingly, as a father figure of sorts to students through their undergraduate years and beyond, befriending as well as keeping up with them after they graduated as their careers progressed, whether in theatre or in other areas altogether. 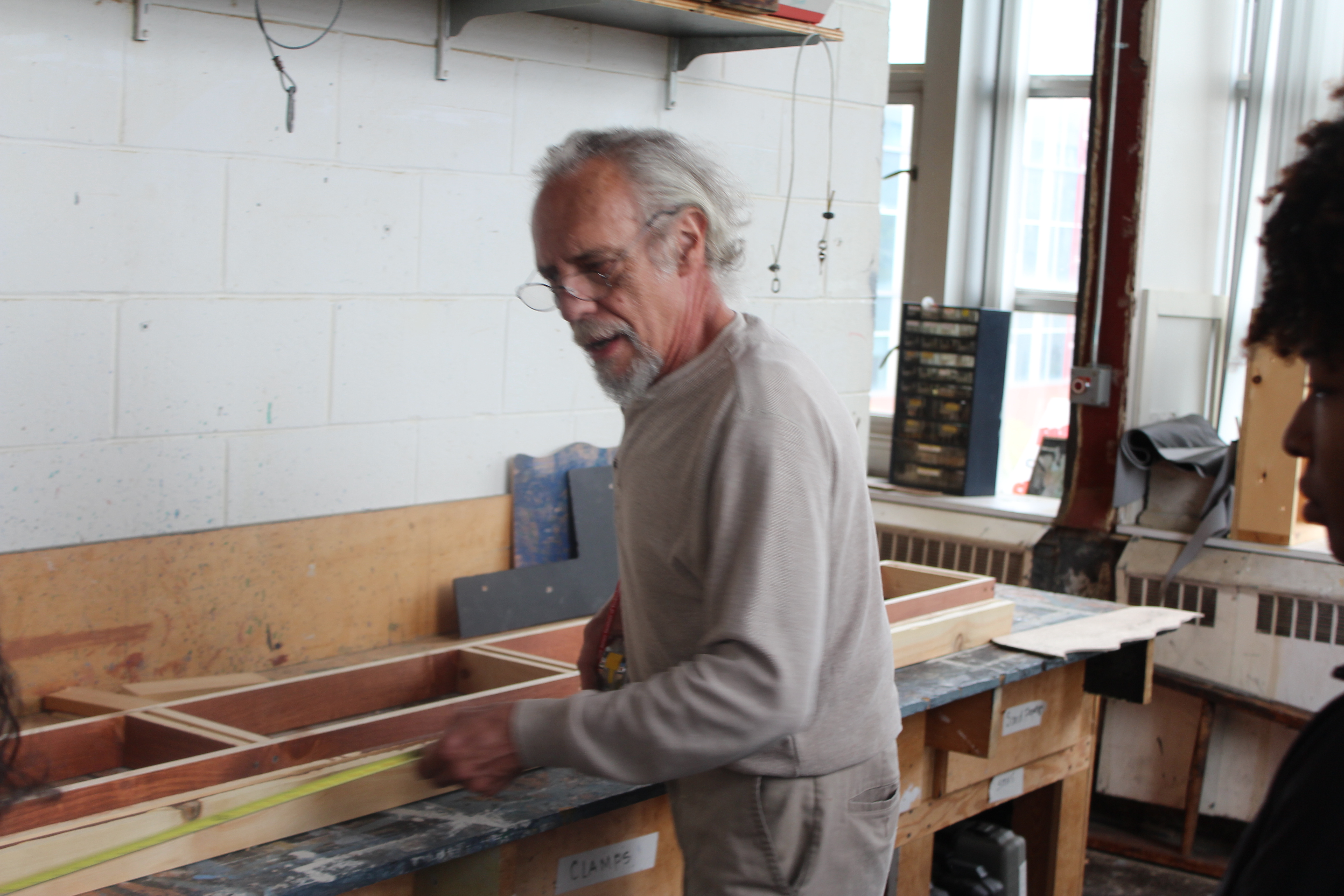 On social media, current and former students and colleagues posted outpourings of memories and appreciation for Dan’s legacy of service to his students. “Anyone who even had one conversation with Dan Drew was able to feel his warmth, kindness, and the immense passion he had inside him for not only theatre and production, but also teaching and shaping formidable minds and helping each and every single student who came through Rutgers Newark and NJIT reach their full potential,” said Daveed Ben-Arie, SASN '20, on an Instagram post.

Lillian Ribeiro, RBS'01, who teaches the “From Page to Stage” course at Rutgers-Newark and recently became a Registered Drama Therapist said “Theatre does not exist for me without Dan Drew. I am devastated by his loss. At 19, I met my wonderful, talented theatre mentor, who pushed me beyond my limits in Newark at the Rutgers-NJIT Theatre Arts Program. I can honestly say, anything I have built, I owe to Dan. Even all my properly sanded beautifully varnished kitchen cabinets that I did by myself, all my knowledge of saws, power tools and hanging of lights I owe to Dan. If you imagined it, he could build it. And he taught his students how to build. Dan taught us how to make a stage magical.”

Dan leaves behind his wife, Susan Drew, son Dan, and daughters Mary Kate and Teresa. Dan Drew, Jr. could frequently be found on campus checking in with his father.

She continued,“Early this morning, our beloved dad, our mom's best friend, went home to God. We weren't ready for him to go, but none of us ever will be. During his time here on earth, he spent every minute spreading the love in his heart to all he met. He treated everyone like family and radiated the sheer joy of God in everything he did. And this morning, he is joyously in the presence of his Creator, enjoying the treasure he has spent his life storing in heaven. While we are absolutely devastated by this, we are comforted in knowing that he is in paradise, leading the heavenly choir.”

If you imagined it, he could build it. Dan taught us how to make a stage magical.

Eric Johnson, who worked closely with Dan at Rutgers, said “At all Rutgers/NJIT Theatre Program cast parties, he led the ‘Goodbye to the Show’ ceremony. This gave students who had worked on the production the opportunity to reflect on their accomplishments, to hear the music, and see the lights take a bow on the set they built and performed on.  This brought closure to the project so the excitement for the next production could commence.  We would all raise our soda and water bottles to Dan’s resounding voice as he would have us repeat a cheer created from the show, Merrily We Roll Along, 'Here's to us. …. Who's like us? …. Damn few'. Later the tag line was added '…. and they're dead.' There are no words to express how much Dan will be missed by his beautiful family, the students and his friends. Dan Drew has taken his final curtain call, and my goodness, what an incredible performance it was.”

Information about visitation and funeral arrangements can be found at: https://www.oboylefuneralhome.com/obituaries/Daniel-A-Drew?obId=18973570#/obituaryInfo .

Dan’s family requests that you share your stories of Dan Drew on social media using #rememberingdandrew so that his family and colleagues may also see the many lives he touched.