An Alumni Valentine's Story: From Punk Rock to Power Couple

“I was in the English graduate program and a Teacher’s Assistant for English Composition.  Laura was in my first class.” They didn’t connect right away, but he remembers seeing Laura and other students from the class in the audience at local clubs where he performed with his punk band, Dog Tired. “We even played the school pub, which no longer exists.” It wasn’t until the following semester that Mark and Laura would start dating. “I can clearly recall running into Laura at the Dana Library,” said Mark, “and we started talking before I asked her out on our first date.  There had obviously been an attraction!”

The couple spent a lot of their time at RU-N in the cafeteria studying or with friends. Music played a big part in their lives, and once they began dating, they would frequent well-known Newark clubs like the Pipeline (closed in 1998) and QXT’s, or meet friends at Pub Blues in the Ironbound (closed).

We found inspiration in meeting people from different backgrounds who shared a love of learning and making the world a better place.

Both have fond memories of their time at RU-N. Laura, who completed a B.A. in Psychology with a minor in Women’s Studies, particularly remembers her classes with Maggie Shiffrar. “Dr. Shiffrar’s psychology classes were engaging, contemporary, and thought provoking.  I remember learning about the importance of Dr. Noam Chomsky’s work in her class.  This was pivotal in shaping my politics and world view.  We actually named our 7-lb furry puppy after Chomsky!”

Mark, who majored in English Literature, says his top professors were Barbara Foley and Bruce Franklin. He recalled both as extremely engaging and charismatic, but most memorable was how they both helped him sharpen his ability to critically analyze texts. “They made them [the readings] come alive like never before.” He also credits them for raising and discussing social and political issues through the course readings. “They made me even more politically aware,” he said. “Their impact remains with me to this day.”

Their relationship grew more serious, and Mark spoke to Laura’s father about his intentions. He also called Laura’s mom, who was in Spain at the time, so he could get her blessing as well.  One beautiful April evening, while the couple was taking in the beautiful view of Manhattan from the New Jersey side of the Hudson River, Mark proposed to Laura. “Little did we know we would be living in that great city years later,” he said. 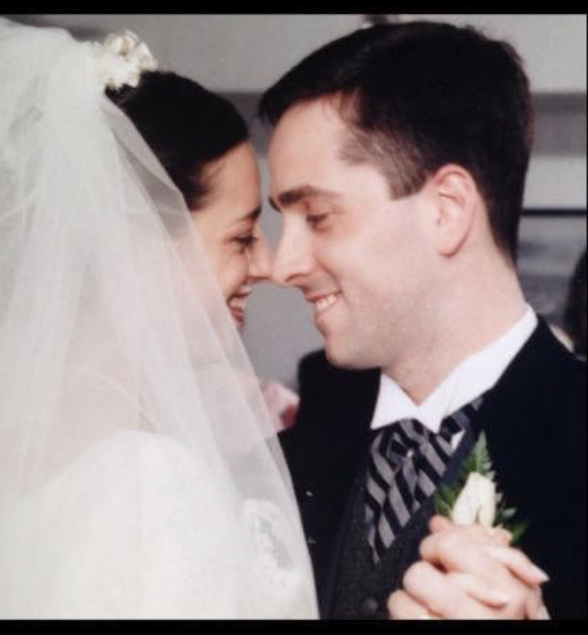 Mark and Laura married in June 1997 at the Immaculate Heart of Mary Church. “Our wedding was absolutely beautiful and memorable.  It took place in Newark with many friends and family from both sides.” The music borrowed from both their ethnic backgrounds, including a Scottish bagpiper as well as a Spanish bagpipe and dance group.

For the last 11 years, the couple has made their home in Manhattan. Prior to that, they lived in New Jersey, except for a 2 ½ year adventure in Southern California when Mark took a job there. Currently, Mark works in Regulatory Affairs in the biopharmaceutical industry. “I can honestly say I did not know my current job existed when I was attending Rutgers.”

Laura worked for many years in executive roles in the fashion industry but recently made a big career change. She now handles community engagement for The Committee for Hispanic Children & Families in NYC.

Mark and Laura have two children, a 15-year-old daughter and 20-year-old son. It seems their ambition and drive for success was passed down to the next generation: their son was the top distance runner in high school and also served as team captain junior and senior year. Their daughter is a competitive fencer, who recently qualified to represent Spain in the 2020 U17 Fencing European Championships, which take place at the end of this month in Croatia.  She is also aiming to qualify for the World Cup, which will take place in Salt Lake City this April.

When they’re not working, the couple loves to travel, especially with their children. “Our favorite place to visit is Spain, where Laura’s parents and most of her family live,” said Mark. He added, “Our daughter is a fencer who competes nationally and internationally, so travel comes with the territory!” 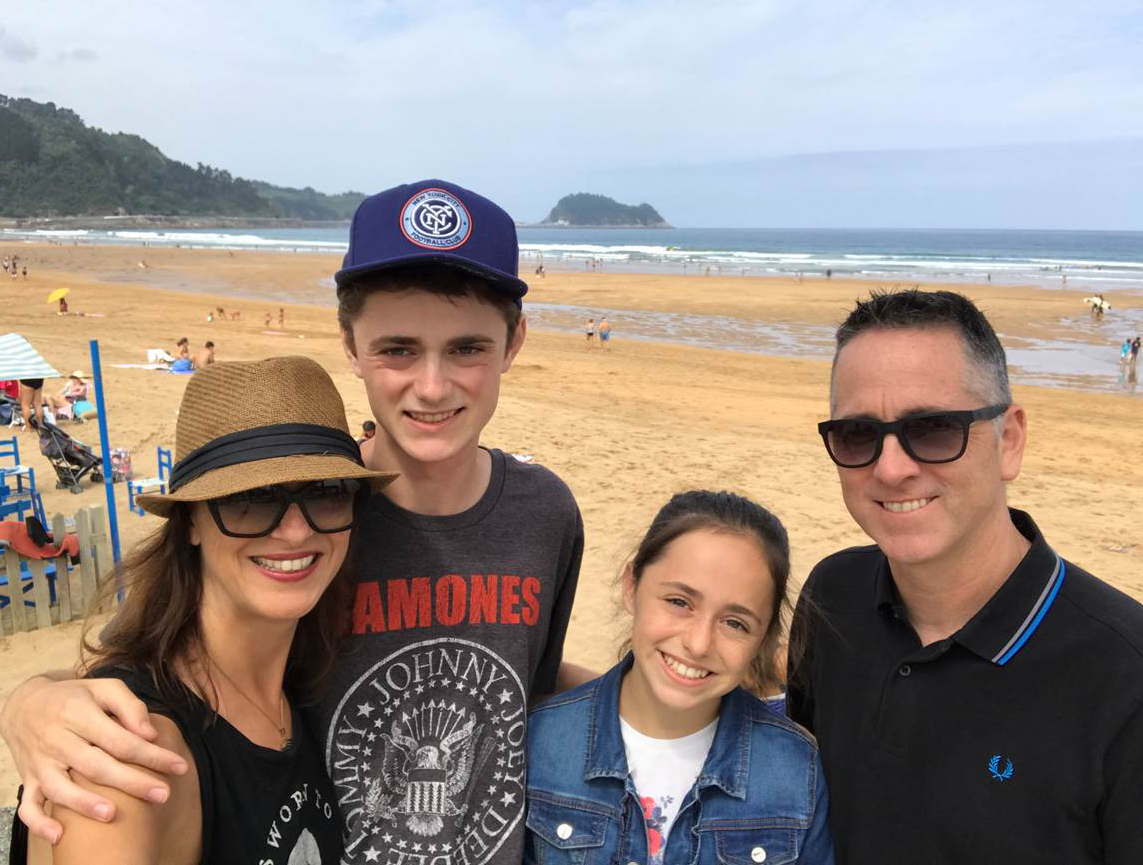 Both Laura and Mark are also both avid soccer fans and say they can often be found attending NYC Football Club matches at their temporary home in Yankees Stadium.  “And, of course, living in New York City has allowed us to indulge in our love of food and the opportunity to choose from an international selection of cuisines.”

When asked whether they had any advice for current students, Mark and Laura encouraged them to take full advantage of all the opportunities available at Rutgers. But they especially hoped the students appreciated the rich cultural environment in the city of Newark as well as in the student body and faculty. “Both of us were inspired by the great professors we had,” said Mark. “But we also found inspiration in the student population, and in meeting people from different backgrounds than us but who shared a love of learning and making the world a better place.”