On the afternoon of March 18, under the glare of lights and TV cameras and before a gallery packed with journalists and observers, Rutgers University–Newark Professor Alex Hinton sat motionless, waiting as an elderly man was wheeled into the courtroom and placed only 10 yards away.

Hinton, an anthropologist and author of Why Did They Kill?: Cambodia in the Shadow of Genocide, had spent four consecutive days at the U.N.-backed Extraordinary Chambers in the Courts of Cambodia (ECCC), giving expert testimony at the trial of senior leaders of the Khmer Rouge, who from 1975 to 1979 carried out one of the worst genocides in human history, killing an estimated one-fourth of Cambodia’s population, or some 3 million people.

This was the final segment of Hinton’s testimony. He was fatigued but alert. And while the elderly man might be forgiven for blending in with a crowd, he was far from ordinary, or innocent. Hinton swiveled his chair to face the man. And when he did, he looked into the eyes of 89-year-old Nuon Chea, Pol Pot’s second-in-command, the infamous “Brother Number 2.”

“I’d interacted with Khmer Rouge members and countless witnesses during my years of field research in Cambodia,” says Hinton. “But here was one of the architects of the genocide, a legendary mass murderer. 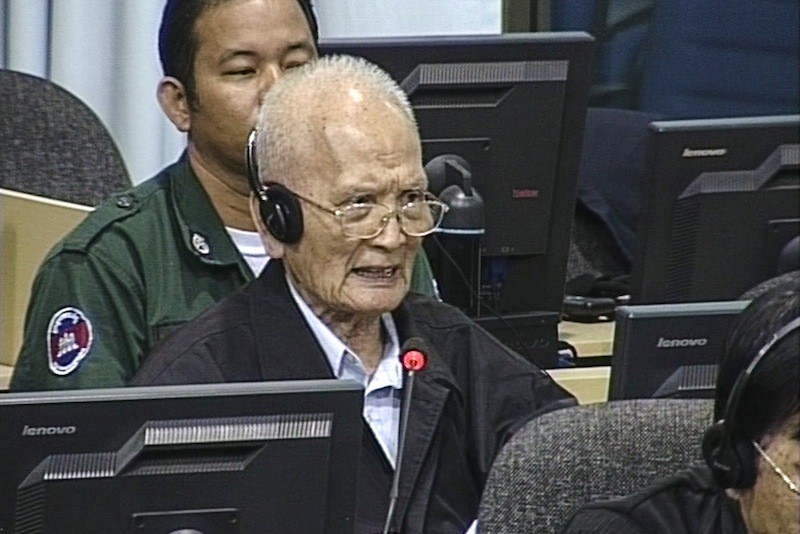 Hinton’s face-off with Chea was the climax of 25 years of research. He had been summoned to testify on charges of genocide, the weightiest of all indictments brought in the multi-year ECCC trial of Khmer Rouge leaders. As the holder of the UNESCO Chair in Genocide Prevention and the Director of the Center for the Study of Genocide and Human Rights at RU-N, he had spoken to large audiences around the world. Yet this was a capstone in what had already been a remarkably fulfilling career.

While he was being live-streamed on the web, captured by TV crews, and broadcast throughout the country, region and world, Hinton testified on the social and political factors that led to the targeting of ethnic Vietnamese and Muslim Cham living under the Democratic Kampuchea regime at the time, drawing on a model of genocide he had developed over the years, which the defense lawyers repeatedly tried to discredit, along with Hinton’s credentials and evidence.

Chea wasted no time in joining in, challenging Hinton’s insistence that certain terms used by the regime—including the word “Yuon”—were meant to incite violence against ethnic Vietnamese.

“There was a little gravel in his voice. He enunciated his words and was clearly an effective orator, someone who had spoken a lot,” says Hinton, recalling his exchange with the notorious former leader. “At age 89, he still had a commanding presence and conviction. I think he still believes in their movement and what he did.”

Hinton, who is nothing if not seasoned, rebutted Chea effectively and withstood 24 hours of testimony over the four days. But being in an international court of law nevertheless forced him to operate on a whole new level, he says, comparing the experience to that of a modern-day colosseum.

“It’s extraordinarily stressful. You’re there all alone with no team, the eyes of the court, country and world upon you, and you’re not sure what beast will come out to attack you next,” he says. “You deal with the prosecution and civil teams, and then there’s the defense, whose lawyers grill you aggressively while their teams formulate additional questions. When the red light on your mic goes on, that’s your cue. You just stay in the moment and grapple with whatever is presented to you.” 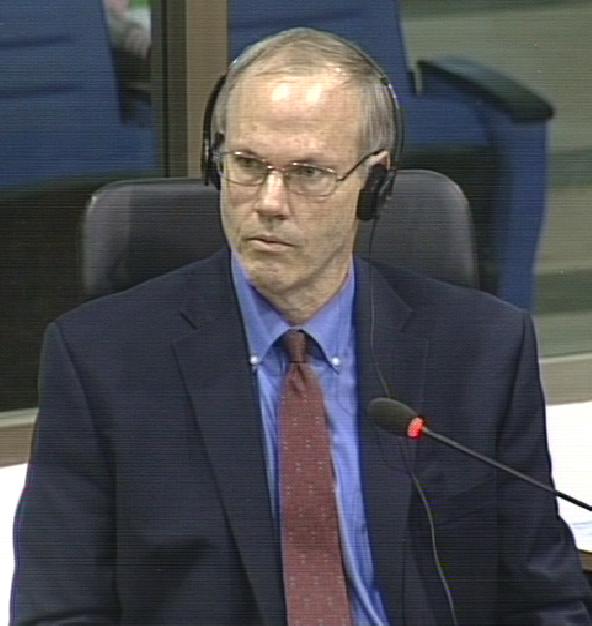 It began its work in 2006, nearly a decade after the Cambodian government first requested the U.N.’s aid. The following year, the top-five living senior Khmer Rouge leaders were arrested and placed in provisional detention. Pol Pot was not among them, having died in 1998.

The trial has been split up into four cases. Hinton testified in Case number two, which revolves around Chea and another leader, Khieu Samphan, who were found guilty of crimes against humanity and sentenced to life imprisonment in 2014 and are now appealing that ruling. The ECCC proceedings are expected to last several more years in an attempt to bring truth and reconciliation—and possibly reparations—to a nation still healing from the traumatic events of the 1970s and the civil strife thereafter.

Hinton is working on two books related to the trial. The first, Man or Monster? The Trial of a Khmer Rouge Torturer, is due out in fall 2016. It focuses on Kaing Guek Eav (alias Duch), head of the infamous S-21 prison in Phnom Penh where mass torture and interrogation were carried out on behalf of the regime. Duch was tried in Case number one, convicted and sentenced to life imprisonment in 2012 for crimes against humanity and grave breaches of the 1949 Geneva Conventions.

As for Chea, Hinton is glad he took the stand at his trial, recognizing his as a crucial voice that legitimizes the proceedings. And despite Chea’s homocidal abuse of power, the scholar is quick to add a caveat to the public’s perception of him, and genocidal figures in general.

“Nuon Chea is not a monster. He’s a human being, and it’s important to recognize him as such because writing him off as a sociopath and leaving it at that doesn’t tell us much about why he did what he did, and leaves us with very little insight,” says Hinton. “Seeing him as a person, on the other hand, gets us into other important dimensions of humanity. It’s important to remember this as we consider this tragedy and the crimes he and his cohorts committed.”