Rutgers University–Newark Professor Jack Tchen, the Inaugural Clement A. Price Chair in Public History and the Humanities, and Director of the Price Institute, has been appointed by New York City Mayor Bill de Blasio to a 20-member climate-policy advisory panel that is guiding the city’s preparation and response to global warming.

Tchen will sit on the Fourth New York City Panel on Climate Change (NPCC4), an independent body created in 2009 that synthesizes scientific information on climate change and advises New York City policymakers on local resiliency and adaptation strategies to protect against rising temperatures, increased flooding and other hazards.

Tchen, who taught American and Asian-American History at NYU before arriving at RU-N in 2018, has long been involved in New York City’s civic and cultural life. He’s also been studying environmental issues for several years and is deeply involved in global warming’s impact on the region.

"All the maps and studies indicate that our area, especially New Jersey's low-lying ports and shoreline, is in one of the major hot zones in North America, alongside the Miami and New Orleans regions,” said Tchen. “I'll be the public scholar among scientists, geographers and planners committed to broad public awareness and engagement for the 31 country Metro Region, especially for those communities impacted the hardest."

The impacts of global warming are already evident and palpable. No magic fix is coming. We have to pull together and become the solution.

Also appointed to NPCC4 was Rutgers University-New Brunswick Professor Robin Leichenko, Chair for the Department of Geography, who was named one of the panel’s five co-chairs.

Tchen, who co-founded New York City’s Museum of Chinese in America (MOCA) and served on the City's Mayoral Advisory Commission on City Art, Monuments and Markers, has over the last several years turned his attention to the environment and the history of the Lenape Indians, whose historical territory included parts of present-day New York, New Jersey, Pennsylvania and Delaware. The New York–Newark Public History Project, which Tchen started when he became director of the Price Institute, challenges the dominant Eurocentric accounts of the area’s history that sideline the Lenape people and their culture, and he has taken a keen interest in the environmental damage caused by heavy industry in the New Jersey Meadowlands region from the 1950s to 1980s, including the Passaic and Hackensack Rivers.

Because of his myriad interlocking interests, and his long record as a historian and publicly engaged scholar giving voice to marginalized communities and the environment, Rutgers University–Newark Chancellor Nancy Cantor believes Tchen is a perfect fit for the panel. 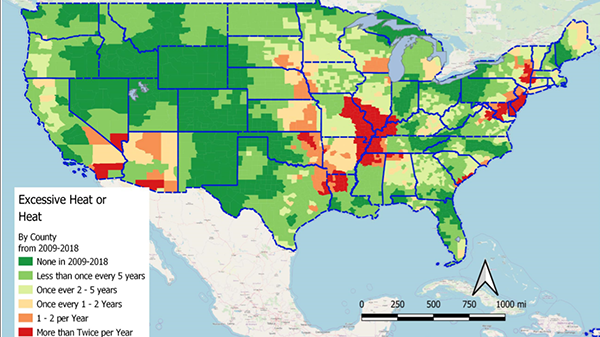 “Jack Tchen brings extraordinary perspectives and credentials to this appointment,” said Cantor. “As a historian who does work on the intersection of the degradation of America’s environment with injustices perpetrated against Native Americans and people of color from the nation’s founding through today, especially in the New York metropolitan area, Jack is exquisitely positioned to help guide the City of New York’s decision making about how to repair both the environment and the relationships that systemic racism has so badly damaged. We’re thrilled that he will also be bringing back his experience in this new role to his leadership of the Price Institute and his publicly engaged scholarship, teaching and mentorship at Rutgers-Newark.”

NPCC4 will produce a series of research reports beginning in late 2021 and is embarking on its work in the context of the COVID-19 pandemic, focusing on the interactions between the current health and ongoing climate crises. Tchen has his eye on that nexus, along with the city's five boroughs and the area stretching from New York City to New Jersey. (See inset maps.)

“The Jersey shoreline has been hit hard by worsening storms,” said Tchen. “Less understood is how the larger estuarial region is being impacted with extremes of heat, winds and other converging patterns threatening the entire ecosystem, general well-being and public health.”

The panel also will work with a dedicated team focused on climate science and risk communications within the NYC Mayor’s Office of Resiliency (MOR). MOR and the NPCC4 will collaborate to strengthen the evidence base for climate action, translate data into actionable information, and clearly articulate the present and future risks associated with global warming. 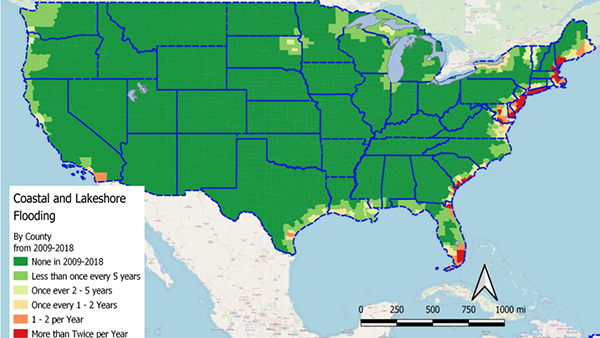 Tchen has great faith in the panel’s work and believes the advisory board and City must be creative about disseminating their findings and action plans.

"The NPCC does impeccable science. But these findings have to get out to the public in a clear and accessible manner to the 20 million very diverse people in the metro region,” said Tchen. “This needs to be in the form of graphics, maps, Youtube, Twitter, comics and accessible, reliable reports made available in many languages that families can share, and it needs to be distributed through the neighborhoods and networks in which regular people circulate and trust.”

In Spring 2020 Tchen began teaching a course at RU-N called “Our Planet Our Crisis: Change, Justice, Urgency” to explore the ongoing history of environmental issues and global warming in Newark and the region, including the city’s Ironbound District, a largely working-class immigrant area that is home to one of the largest garbage incinerators in the state, rampant air pollution and a toxic shoreline filled with PCBs.

Just as activists have rallied the Ironbound community to seek environmental justice, Tchen believes it will take massive grassroots mobilization to deal with climate change.

"When HIV AIDS was still ghettoized as the "gay men's disease" by mainstream society, politicians and policy-makers, the communities hardest impacted had to organize themselves: They formed mutual-aid organizations and came up with harm-reduction strategies,” Tchen said. “I hope we can approach global warming with the same kind of savvy. The impacts of global warming are already evident and palpable. No magic fix is coming. We have to pull together and become the solution."