The roots of systemic racism run deep. But how deep are its origins? Rutgers-Newark is joining a network of scholars working to uncover the beginnings of modern conceptions of race and racism through the study of pre-modern times through a $3.5 million grant from the Andrew W. Mellon Foundation.

The work to explore issues of race in the pre-modern—or pre-17th century—literature, history, and culture is being conducted as part of as project called RaceB4Race that brings together classicist, medievalist, and early modernist scholars of race. 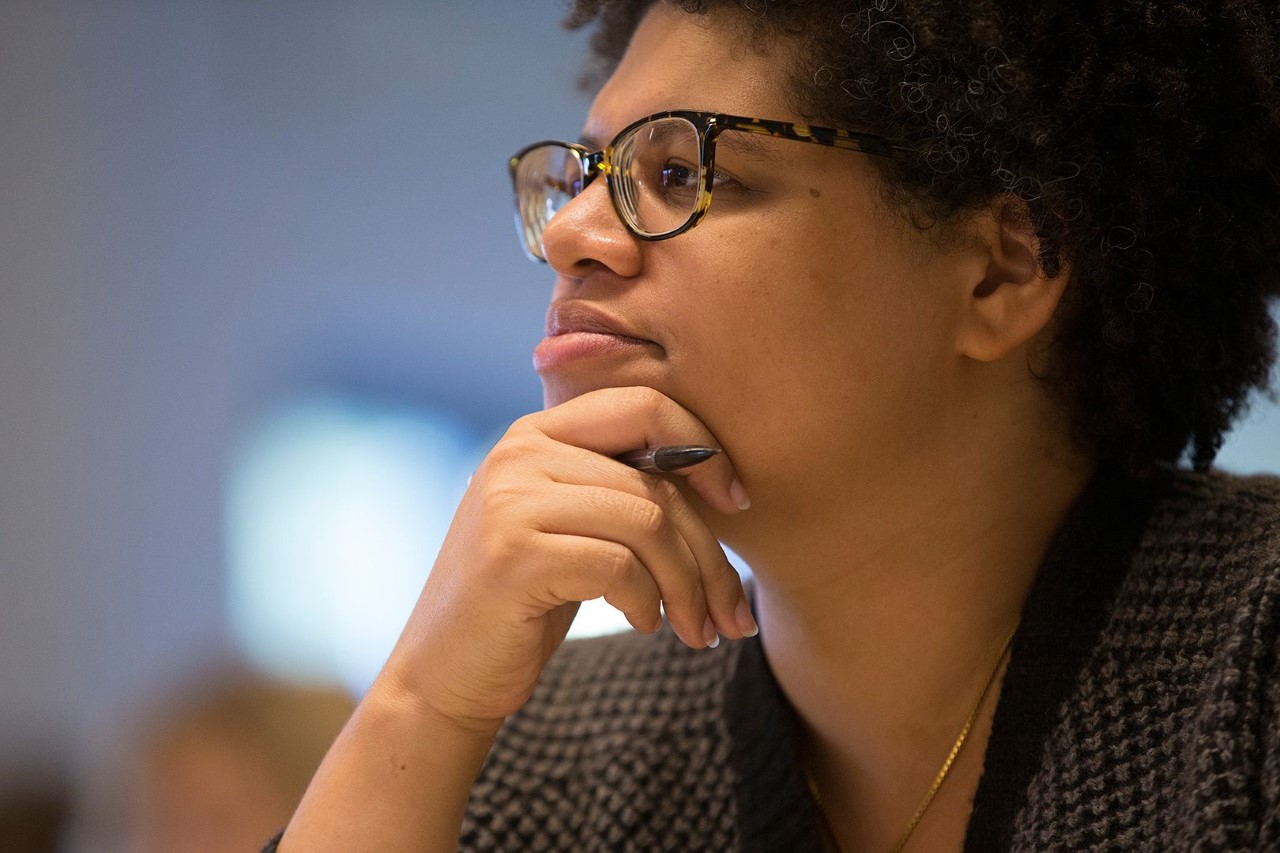 Patricia Akhimie, an associate professor of English at Rutgers- Newark will lead an initiative under the Mellon grant to create a national mentoring network designed to support these scholars. Her work over the next three years involves developing an interdisciplinary and cross-institutional system of mentoring, as well as institutes for early and mid-career scholars working on their first and second books, and year-long reading and research groups.

“For decades now, pre-modern critical race scholarship has worked to reveal the long history of racial formations and the building blocks of systemic racism,” said Akhimie, who is on the executive board of RaceB4Race. “Yet this scholarship, which has begun to change our fields of study in profound ways, has yet to make a wider impact in higher education curricula and with the wider public. When hearing about this work for the first time, many of our colleagues and students, express surprise, ‘Why haven’t I heard anything about this before?’ RaceB4Race: Sustaining, Building, Innovating builds on the ongoing work of the RaceB4Race collective, expanding our efforts by including and supporting undergraduate students, graduate students, early career scholars, mid-career scholars, established scholars, and public intellectuals.”

Akhimie is also part of a team from across Rutgers that will host the next in a series of RaceB4Race national conferences from October 19 to 22, 2021, titled Region and Enmity: A RaceB4Race Symposium. The team, which also serves as the steering committee for the Center for Cultural Analysis Working Group on Race and the Early Modern World, also includes Rutgers-Newark associate professor of History Mayte Green-Mercado, Rutgers-Camden professor of early modern Spanish literature Ana Laguna, Rutgers-New Brunswick professor of English and Rutgers Vice President for Academic Initiatives Henry Turner, and Rutgers-New Brunswick doctoral student in English Sylvester Cruz. Focusing on connections between race making in the pre-modern world and in the present, the conference will bring together classicists, medievalists, and early modernists working on race in a range of languages, national traditions, and disciplines and will feature a keynote talk with internationally renowned artist Shahzia Sikander. The conference is free and open to the public.

The working group is also focused on building a relationship with the Rutgers Institute for the Study of Global Racial Justice, which was established with a $15 million grant from the Mellon Foundation. Institute director Michelle Stephens sees exciting possibilities on the horizon for leveraging all the capacities of the Institute with those of the Center for Cultural Analysis and RaceB4Race.

“We need humanistic scholarship that explores how the various discourses and policies about humans, stemming from the ancient and pre-modern past, actually still impact the lives and well-being of people of color in the present,’’ Stephens said.

“The lack of this crucial, systemic long view impoverishes our ability as scholars to imagine and devise contemporary solutions, ones that integrate an understanding of the evolution and expansion of race thinking into multiple spheres of knowledge,’’ she said. “I am so pleased to see this cross-campus group, led by humanists at Rutgers-Newark and Rutgers-Camden, taking the lead to support the intellectual and professional development of scholars across the nation who do this important work. We, in turn, at the Institute for the Study of Global Racial Justice, plan to support them in every way we can.’’

The RaceB4Race grant to Akhimie is part of a deepening relationship between the Mellon Foundation and Rutgers-Newark, that support initiatives to advance diversity, equity, and inclusion. Among them is the Mellon Humanities Leadership Fellows Program, which seeks to cultivate a new generation of higher education leaders who model what Rutgers-Newark Chancellor Nancy Cantor calls “empathetic citizenship.” Others include City Verses: Amplifying New Voices Through Jazz and Poetry, a collaboration with the New Jersey Performing Arts Center; the Humanities Action Lab, a national network based at Rutgers-Newark that collaborates to produce community-curated public humanities projects on urgent social issues, including Climates of Inequality and the COVID-19 Crisis: Building Leadership at Minority-Serving Institutions; a Sawyer Seminar program by professors Belinda Edmondson, Kornel Chang, and Sean Mitchell; the Clement A. Price Chair in Public History and Humanities and Clement A. Price Scholars Program of the Honors Living-Learning Community; and most recently, Crafting Democratic Futures: Situating Colleges and Universities in Community-Based Reparations Solutions, as part of a national project based at the University of Michigan’s Center for Social Solutions. The foundation also launched the book series Our Compelling Interests, co-edited by former Mellon Foundation President Earl Lewis and Rutgers-Newark Chancellor Nancy Cantor, which explores diversity in racial, socioeconomic, gender, religious, sexual, and other forms through accessible, sophisticated, and balanced treatments by leading scholars, writers, intellectuals, and commentators.