Nermin Allam: Documenting the Role of Women in the 2011 Arab Uprisings

In early 2011, as part of the larger wave of uprisings sweeping the middle-east and north Africa, millions of Egyptians took to the streets to protest the regime of President Hosni Mubarak in what became known as the January 25 Revolution. The early hopes were that the popular movement in Egypt and other countries would end corruption, increase political participation, and bring about greater economic equity. By mid-February, Mubarak had stepped down, instilling hope in within Egyptian protest circles and the populace at large. But in his place stepped two successive regimes that have quelled the hopes of democratic activists hoping for broader societal change.

Her first book, Women and the Egyptian Revolution: Engagement and Activism During the 2011 Arab Uprisings (Cambridge University Press, December 2017), which emerged from her doctoral dissertation, is a fascinating multi-year study of the role of women's collective action in the 2011 uprising, situating this struggle in the context of the larger history of women's rights in that country. Allam interviewed scores of activists, NGO leaders, state officials and public figures associated with the women's rights movement in Egypt over five years, presenting a remarkable oral history while drawing on additional primary and secondary sources to round out her analysis.

We sat down with Allam recently to talk about her book and the current political dilemma that activists find themselves in Egypt.

Why did you pursue this topic for your doctoral thesis and first book?
When I was doing my B.A. in Egypt, in the early-to-mid-2000s, we were not introduced to women’s studies writing or gender politics. I started learning about Egypt’s own women’s movement only when I moved outside Egypt to do my M.A. and Ph.D. [at the University of Alberta, Edmonton, Canada]. At that point, I became aware of the inequalities and realized how many theories and accounts resonated with my life.

So, charting the women’s role in the 2011 uprising seemed like a natural place for you to go?
That’s correct. It was a merging of my interests.

Is women’s studies available now at your alma mater?
Cairo University now offers a master’s degree in gender studies. And the people pushing for this include those in civil society, practitioners at the forefront of Egypt’s women’s rights movement.

The fieldwork for this book took place between 2012 and 2017 and was quite a journey. Could you tell us a little bit about that?
In 2012, I did my first round of fieldwork. I affiliated myself with women’s rights NGOs to find interview subjects. These were mainly younger feminists who emerged after the uprising, who took a bottom-up approach to feminism and whose work focused on the street and public space.

They felt disappointment but didn’t succumb to despair, instead taking stock in the progress that they had made and how that could be a springboard for further progress.

In 2013, I returned and continued doing interviews, as new themes emerged. But it was also a time of upheaval: [Mohamed] Morsi, Mubarak’s successor, was suspended in July, while I was there, and the Muslim Brotherhood [Morsi’s Islamist party] had major sit-ins, calling for his release. My fieldwork became difficult because of the security presence—roads were blocked, checkpoints set up—and it was a daunting experience. People were defending Morsi’s suspension, while others felt it was a setback. And a feeling of despair started to set in.

Then you returned in 2014 and 2017, correct?
Yes. I returned in 2014 to interview heads of NGOs, along with state officials in National Council for Women started under Mubarak. The latter were always criticized by the younger feminists as a PR tool polishing the regime’s image, with no real independence, but I also wanted to include the voices of this older generation of female activists who had a closer relationship to the state. It was a clash between the generations and an important one to document.

And in 2014, you noticed some additional changes? 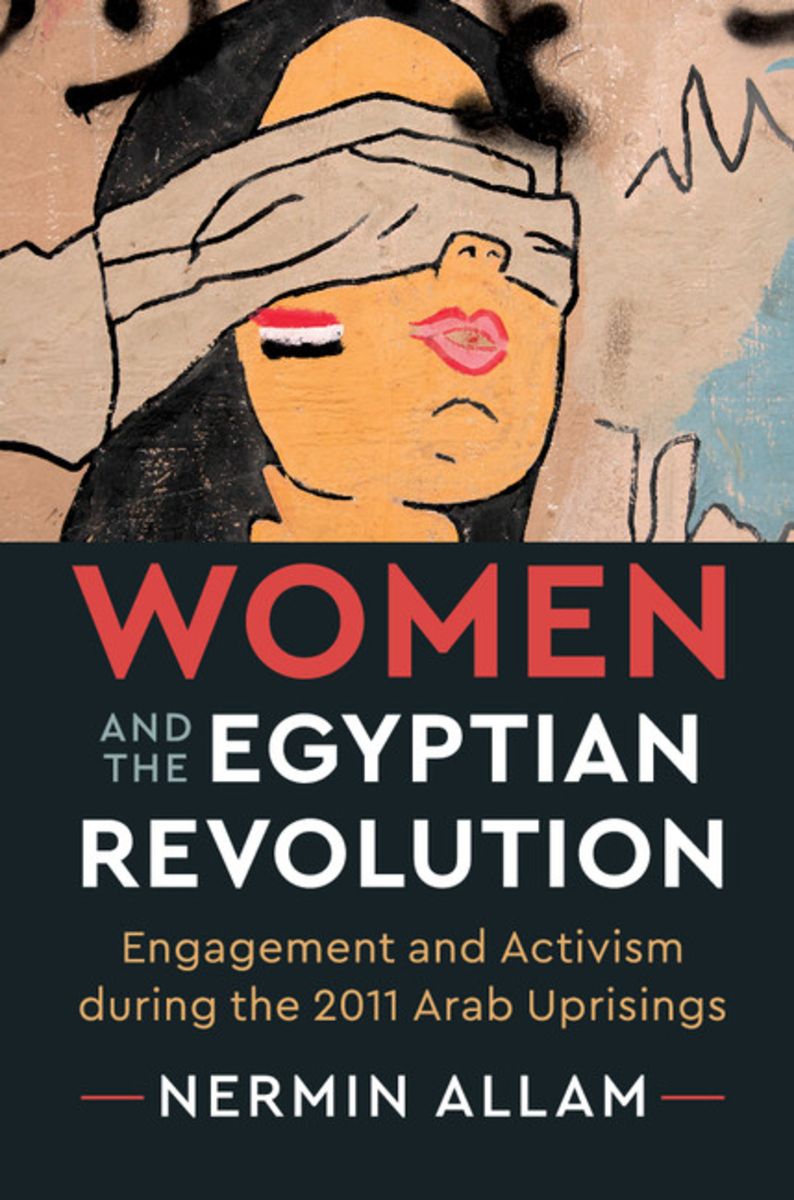 In 2012, to be an activist protesting in the street was viewed with respect; you were seen as a selfless agent of change. And there were many television talk shows discussing politics. But in 2014 and afterward [with the Morsi and el-Sisi regimes], the leaders neutralized the media—there were fewer news talk shows and more entertainment—and they started playing on people’s fears, branding activists as foreign conspirators funded by money from abroad. Challenging the regime was viewed with suspicion, and people didn’t want to talk about politics as much. I came from a North American institution and began to be viewed as more of an outsider than an insider, despite my being from Cairo.

Do any instances stand out?
I was interviewing a director of a gender-violence research institute about sexual harassment in Egypt—a recent U.N. study had said 99 percent of women in Egypt had experienced some form of sexual harassment. And this woman looked at me and said basically, What are you talking about, there’s no sexual harassment in Egypt. She perceived me as an outsider and tried to protect Egypt’s image. That told me just how far civil society had changed with the crackdown.

What happened when you returned in 2017?
There was a collective experience of disappointment post-uprising, which my last chapter deals with. I could no longer record my interviews—my subjects wouldn’t have it—and I even began censoring myself a little, since I was worried for their safety and would sometimes change the topic when they wanted to give me materials that I thought might endanger them.

What’s your takeaway at the end of this project?
There was a visible aura of disappointment, but interviewees also acknowledged the experience changed them and the course of history in Egypt. They felt disappointment but didn’t succumb to despair, instead taking stock in the progress that they had made and how that could be a springboard for further progress.

Because my interviews took place over five years as events were unfolding, I also experienced how people talk about the past—especially about a political event—in relation to the present, and those presents kept changing with my visits. It became like a longitudinal study of memory, in a way, which enriched and complicated my analysis.

Thank you for taking the time to talk with us.
Thank you. It was my pleasure.

Iraqis have been holding peaceful mass protests. The U.S. strike and its aftermath are undermining that.

Motyl for Foreign Policy Mag: Putin May Want to Be an Emperor, but Russia Isn’t an Imperial Power