This profile is Part 1 of a two-part series on RU-N alumnus and sportswriting legend Jerry Izenberg. It covers Izenberg's growing up in Newark, his time at RU-N, and his new novel and future projects. In our Part 2 extended Q&A, we talk with Izenberg about his career; some of his most enduring friendships with famous athletes; Project Pride, the nonprofit he created in 1979 to help disadvantaged kids in Newark; and his deep ties to his alma mater.

It was 1951. He’d been paying his way through college by working the night shift at an Ironbound District chemical factory when it shuttered after an explosion during his junior year.

“For three years I loaded drums of powdered red dye there. I’d come home at night, and my hair and eyebrows were all red. It felt like I was torturing myself,” he said. “Then it blew up—much to my delight."

Good news, except Izenberg was also in a pickle.

Between the chemical plant and his next job as copy boy at The New Jersey Star-Ledger, where he raked in $6 a night as a professional gopher, he was short on cash heading into his senior year at RU-N, short enough that he’d have to drop out. 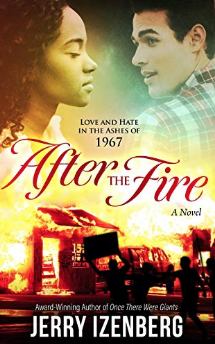 Up to that point Izenberg had been leading the glamorous life, spending the bulk of his time in the cellar of the Rector Street building that housed The Observer, where he served as sports editor, and a bar on Lombardy Street called The Place, where he spent a share of his paltry earnings while skipping more than a few classes.

A lot rode on whether he’d make it to finish line and graduate with degree in hand, and his prospects suddenly looked dim.

As Izenberg began clearing out his desk at The Observer that August, resigned to an ignominious fate, the Dean of Students caught wind of his dilemma, trudged downstairs from his office to the paper’s—they shared the row house on Rector Street—and said, “If you beg, borrow and stole, could you scrape together the money for the first semester? If so, the second semester’s on me,” according to Izenberg.

To this day, Izenberg doesn’t know where the Dean got the money—whether he reached into his own pocket or found a "slush fund"—but Izenberg has done everything he can for the school since that day.

“I was headed nowhere and don’t know what I’d have done,” he said. “Whatever success I’ve had, I owe it to that Dean and the school.”

His success, of course, is the stuff of legend. As one of the country’s premier sports writers over the last 60 years, mostly for The Star-Ledger, Izenberg has had a front-row seat to history and brought us along with him, using his incisive style and trademark wit to reveal the people behind the headlines, hold the powerful to account, and tackle racial injustice and other pressing issues of the day.

It wasn’t comfortable or safe for an interracial couple to walk down the streets of Newark after the riots.

At the tender age of 90, Izenberg is currently columnist emeritus for The Star-Ledger, limiting his travel and filing stories from his home in Henderson, Nev., where he lives with his wife, Aileen, a former Newark Public Schools administrator who is Black. He’s also just published his first novel, After the Fire: Love and Hate in the Ashes of 1967, an interracial love story between a Black girl and Italian boy set in the aftermath of the Newark Rebellion.

“It wasn’t comfortable or safe for an interracial couple to walk down the streets of Newark after the riots,” said Izenberg. “You could walk in the East Ward, because the Portuguese didn’t care, but the Italians and Blacks hated each other, and blamed each other after the riots. One called it a riot, the other called it a rebellion.”

The novel is chock-full of Newark lore and history, based on real people and events but “fictionalized to protect the guilty,” as Izenberg likes to quip.

Izenberg knows this territory well from his time growing up and being a journalist in Newark. Raised with his older sister, Lois, in the Clinton Hill section of the South Ward, he was a small, scrappy kid who played pick-up baseball and synagogue-league basketball, snuck into Ruppert Stadium to see the Newark Bears and Eagles, and played clarinet in school orchestras and bands. He was respectful to his parents—his mom a homemaker, his dad a former minor-league second baseman who worked seven days a week at A. Hollander & Son dyeing fur pelts—but he was a handful to his teachers, regularly getting clocked during the days of corporal punishment for dipping a girl’s hair in ink or sending snide poems to his teachers. 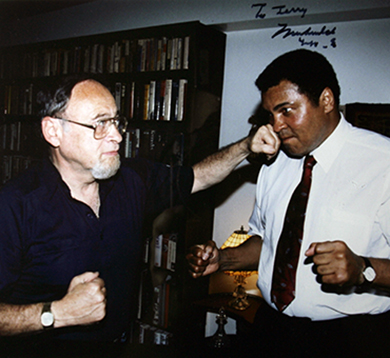 "I was expelled from the eighth grade for going to a burlesque show and getting caught,” said Izenberg. “I was that kind of kid.”

His parents rewarded him, with the help of Izenberg’s aunt, by shipping him away to Augusta Military Academy in Stanton, Va., for high school, where he continued to test the limits of decorum and land in hot water.

There may have been no reforming him, but his parents continued to try, quashing his plan to enter the military after high school—he would serve in the Korean War later—and ordering Lois to drag him down to campus and register him at RU-N, which ended up being a great fit for Izenberg. As a working-class kid from Newark, he appreciated the grit and underdog mentality of the school, which existed to serve students like him.

“I got an unbelievably great education there. And I’m so happy I went to Rutgers-Newark,” said Izenberg. “In New Brunswick, the buses don’t slam their doors in your face when you’re going from one part of campus to the other. Here when it snows, nobody touches the streets. The cars come by, the mud splashes up on you. You learn this is what life dealt you!”

Izenberg believes RU-N backed up its mission with professors who really cared. He liked his government and comparative religion courses the most, the latter shedding light on people’s thinking and how they experience the world, which he credits for adding depth to his sports writing.

“I really don’t like to scratch the surface. I want to know what I’m talking about, and I take the time to do it,” he said, whether it be explaining Muhammed Ali’s Parkinson’s Disease, revealing Jim Eisenreich’s Tourette’s Syndrome, or portraying the racism faced by Black ballplayers breaking the color barrier, like his old friend Larry Doby.

In the 1980s, Izenberg taught seminars at his alma mater, sharing his wisdom with a lucky few, including future Star-Ledger columnist Mark DiIonno, who took Izenberg’s class twice and became a protegé of the legendary sports writer. 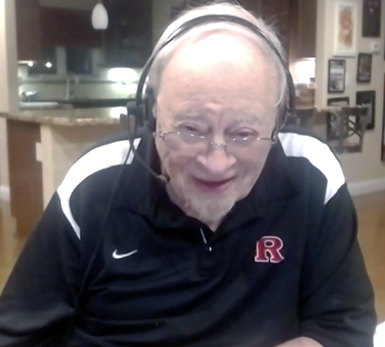 Fast-forward to 2021, and Izenberg refuses to rest on his laurels. In fact, he has several more books up his sleeve.

One is a baseball fantasy novel that’s finished and sitting in his desk drawer, titled, Josh Gibson Remembers: A Ghost Story, filled with true anecdotes told to him about life in the Negro Leagues. Another is a biography of Doby, the first African American to play in the American League. Then there's the book on horse racing he’d like to get to, along with a mini-autobiography titled, Growing Up Jewish in Newark, New Jersey, which will cover the first 20 years of his life. The last, and perhaps most important, book Izenberg wants to write is a memoir titled, Made in America, about the antisemitism and racism that he and Aileen have endured individually and together, which he’ll connect to the August 2017  Unite the Right white-supremacist march in Charlottesville, Va.

If it seems like Izenberg refuses to slow down, you’d be correct. Although recently he did make one concession to Father Time.

“When I turned 90, I gave up driving,” he said. “I took my driver's license to the DMV and said to the lady, ‘This is my gift to the people of Henderson, Nevada. Everyone will be safer now.’”