Dismantling Eugenics is a free, online convening that reckons with the history of eugenics and dares to imagine an anti-eugenics future. Over the course of six + 1 days, 150+ artists, activists, cultural workers, critical thinkers, and others will engage in conversation and offer short presentations, readings, and artistic interventions, geared toward collective learning and re-imagining a more just future. You can find a full agenda at the link here. 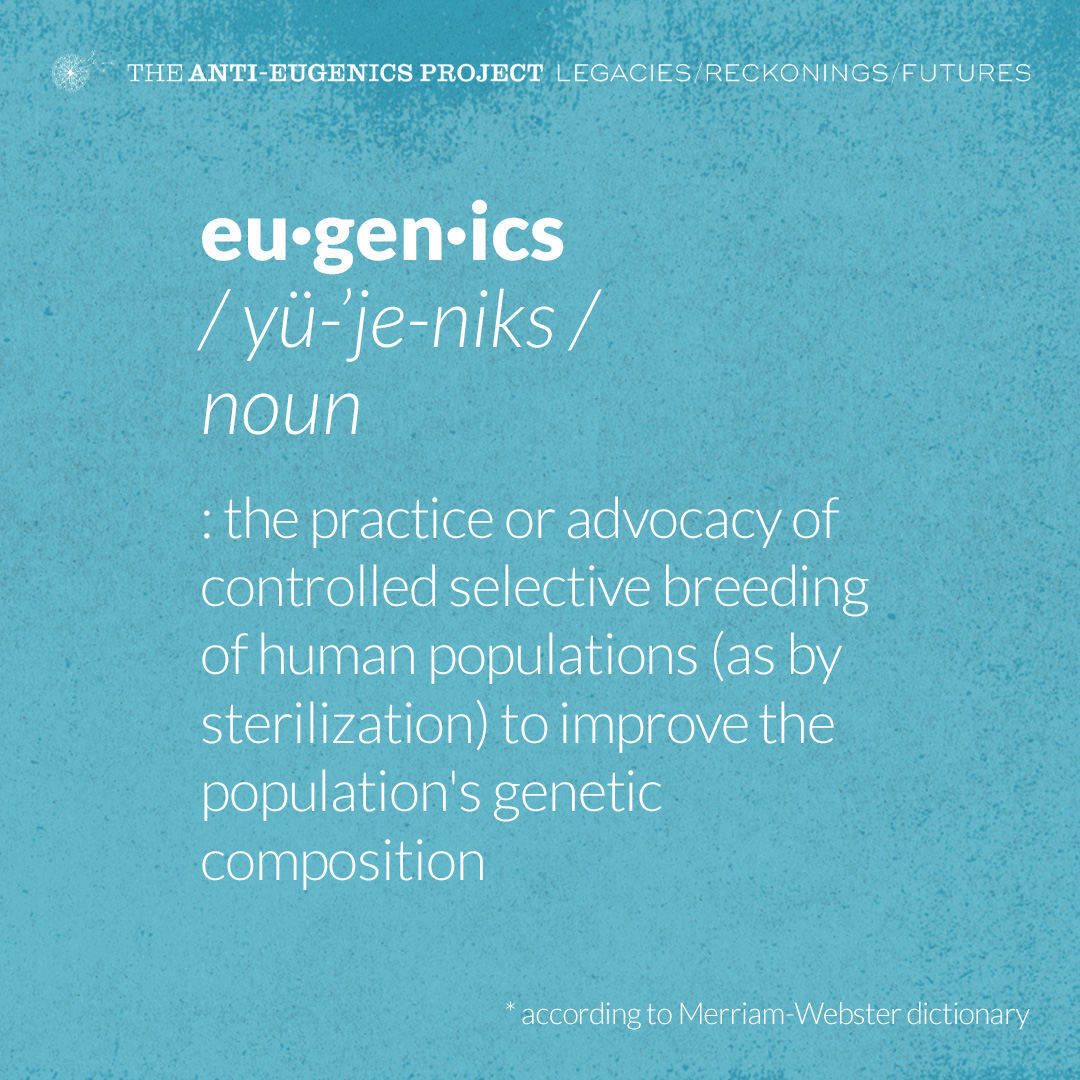 MacArthur Foundation President, John Palfrey, who, over the course of seven days, will excavate the history of eugenicist practice and thought, lift up the cross-sectional movements working to counter the oppressive legal and social structures that propagate eugenicist ideals, and offer space to envision a future free from oppression. Each day will begin with a grounding presented by Indigenous leadership and feature artistic offerings by artists such as Ebony Noelle Golden, Aurora Levins Morales, and Alice Wong, amongst others.

The convening will act as a counter centennial and thus present a counter narrative, to the Second International Eugenics Congress, held at the American Museum of Natural History in New York City September 1921, impacting such policies as the 1924 Immigration Act which cut “inferior” European immigration to 2% of 1890 entries and promoted the forced mass sterilization of those branded as “harlots,” poor women, and women of color.

Dr. Jack Tchen (Price Institute, Rutgers University), a founder of the Anti-Eugenics Project, stresses the importance of this moment reminding us, “It's been 100 years since the Second International Eugenics Congress was held. Eugenics/dysgenics was a London-NYC generated movement to extend elite Puritan-Protestant breeding techniques to humans.” said Tchen. This was “… a horrific racist, ableist, and heteronormative top-down movement that believed in sorting "the unfit" from "the fit." Whether immigrant, person of color, or self-identified "white" all Americans and Indigenous North Americans have been deeply impacted in many ways. The impacts of sorting out “the unfit” is still in practice today—increasingly done by the junk data feeding AI decision-making and surveillance.

“Dismantling Eugenics is a coming together of an amazing mix of poets, performers, writers, organizers, teachers, activists, and concerned global citizens across silos and practices. We'll jointly identify this entrenched system of ongoing injustice and push back hard for a truly democratic culture and politics.” says Tchen.

Admission is free and livecast for all;  sessions will remain available online. Accessibility has been made a priority.

James Jones in TIME: "Inside the Capitol Hill Staffers' Effort to Unionize Congress"