Edin Velez, Arts, Culture and Media professor and coordinator of the Video Production Program at Rutgers University–Newark, recently received a $22K grant from the New York State Council on the Arts for his experimental video 66 stories and a love poem.

The grant, one of the largest given to experimental technology artists for fiscal-year 2020, will enable Velez to travel and continue shooting and piecing together his latest work, an impressionistic road movie exploring themes of memory and decay.

“I am grateful for the New York State Arts Council’s support,” says Velez. “This is a film I would have made either way, but because of the extra funds, it now can be done in a shorter amount of time.” 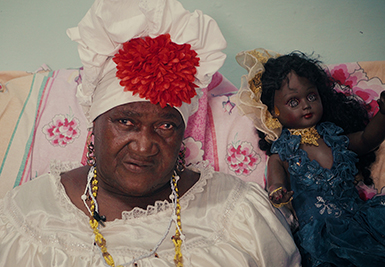 The project was inspired by his father and aunt’s battles with Alzheimer’s disease, along with Velez’ realization of his own fading memories as he’s moved into his mid-to-late-sixties. It hews to the experimental nonlinear storytelling technique that he has become known for over the long arc of his career, weaving deeply autobiographical family and archival footage with interviews, landscape and architectural scenes, passages from famous novelists, clinical audio documentation from the field of medicine, video collage, and other elements to create a moving visual, textural and philosophical experience.

The project has been several years in the making.

In 2016 Velez traveled to Romania and filmed decaying houses, streets and landscapes using a gimbal, or hand-held zero-gravity device that lets the video camera float smoothly as the operator moves through space, taking viewers on a first-person journey through the architectural and landscape scenes.

The following year, when he turned 66, Velez hopped in a car and drove along historic U.S. Route 66 through New Mexico, shooting footage of contemporary towns nearly devoid of people, as well as decaying towns along the route and scenes from White Sands National Monument.

It’s been a little bit of a sad journey, but I feel it will be a really strong work combining aesthetics of melancholy and decay with humanity to find a wonderful mix.

The basic contours of the film started to emerge during this time.

He then traveled to Cuba, Puerto Rico and Berlin, shooting more landscapes and interviewing older people: He asked an aging afro-Cuban palm-reader about her fondest memories, he tapped his father’s best friend about memories of his dad’s experience with Alzheimer’s, and he documented tourists at the Berlin Wall and captured audio stories from an exhibit of people who died trying to breach the wall during the Cold War.

He also interviewed an older male academic in Washington, D.C., who had gone into septic shock from an infection and came out of a two-month medically induced coma with phantom memories from that state: He’d translated nurses attending to him into an analogous dream.

“I was fascinated by this guy who had zero brain activity on the EKG but had memories that should technically not have existed,” says Velez. “They came to him through a dream, but there was a direct correlation to what was happening while he was in the coma.”

When Velez took a sabbatical in 2019, the project’s details came into greater focus as he pieced together a five-minute sample reel of the work-in-progress. He applied for the New York State Arts Council grant that spring and was awarded the funds in December. He now has a 30-minute pre–rough cut assembled and plans to do more interviews, shoot footage of an abandoned resort in upstate New York, and interview an older Chicano woman in Los Angeles, among other things. Velez expects the final film to at least an hour long, possibly even feature-length.

“It’s been a little bit of a sad journey,” says Velez, “but I feel it will be a really strong work combining aesthetics of melancholy and decay with humanity to find a wonderful mix.”

As the project has progressed, Mona Nicoara, an award-winning Romanian filmmaker who was shooting second camera and doing location sound for Velez, has become much more involved and is now a collaborator on the film. Nicoara’s own films have screened at the Sundance and Tribeca Film Festivals, and she has been teaching film at NYU and Rutgers since 2017. Her documentary work focuses on politics and human rights issues.

During his celebrated career, Velez has approached video with the sensibilities of a visual and avant-garde artist. Born and raised in Puerto Rico, he studied painting at the University of Puerto Rico and the School of Fine Arts of the Institute of Puerto Rican Culture before moving to New York City in the 1970s and becoming a pioneer in experimental video. 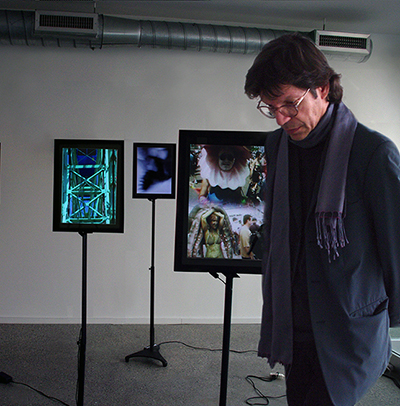 His works have been exhibited at the Whitney Biennial, Documenta 8, Sao Paolo Biennial, Tate Gallery, Louvre Museum, Pompidou Center for the Arts, Paris and National Art Museum of China, Beijing, among others. They are in the permanent collections of the Museum of Modern Art in New York, the Stedelijk Museum in Amsterdam, and Japan’s Hara Museum.

Velez has been awarded both Guggenheim and Rockefeller Fellowships as well as the American Film Institute’s Maya Deren Award for Excellence in Film and Video.

In 2000 he was an artist in residence at the World Trade Center, where he created a site-specific installation on the 91st floor of Tower One. His award-winning documentary on Japanese Butoh, Dance of Darkness, was broadcast nationally on PBS and internationally in France and Germany by ARTE TV.

As he continues with his latest work, Velez is confronting both his own history and mortality, feeling palpably that every moment is a new opportunity and an inevitable march toward the end of the road.

“There’s footage in this film that I shot which goes back 15 years in the case of my dad, and 30 years in other instances,” says Velez. “It ends up being a very personal piece, and it’s only fitting that a film about memory has those elements and lets the viewer travel through time and space with me.”

Summer Reading: Over 40 Books on Race, Racism, and the Black American Experience to Read Now, as Recommended by Rutgers-Newark Faculty

SASN Faculty and Staff Honored for their Exceptional Contributions