Dread and Decadence: Exploring the Literary in Gothic Horror

Students taking Jack Lynch’s course in "The Gothic” this semester will use horror to examine the relationship of literature to history and society, and learn literary analysis techniques while exploring the idea of monsters and monstrosity - and getting a good scare from the safety of their own homes.

When asked whether there has to be a monster present for a story to be considered “gothic”, Lynch, who is a professor and Chair of the English Department, says the answer is no, “but there has to be a suggestion of monstrosity. There has to be some fear that we’re venturing into the supernatural, the unexplained.” Sometimes the monster is real, and sometimes it’s within. 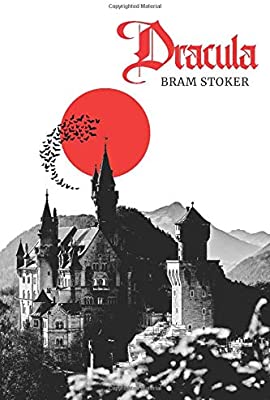 Lynch has taught a version of this class for years, but recently revamped it to be part of the Core Curriculum, which means students of any major can use the class to fulfill their History and Literature requirement. “I was looking for something that would go over well with non-majors,” said Lynch. “I wanted a course that would draw an audience that doesn’t necessarily view itself as literary, but would give them plenty of stuff to chew on intellectually.”

In his course, Lynch looks at the tradition of horror and terror literature from the very first gothic novel up to Jordan Peele’s 2017 horror film Get Out, which he’s using to look at issues of race and modern society. The class will also discuss how contemporary goth culture and music draw from the genre.

Gothic horror is unique in that it can be traced back directly to one story. “We very rarely can date the beginning of a genre precisely, but with gothic fiction, we can identify the day,” said Lynch. “Christmas Day 1764. Horace Walpole published The Castle of Otranto and he is the first one to call a story, a 'gothic' story.” At the time, the term “gothic” was synonymous with “medieval” and it was almost always used as an insult, explains Lynch. “The ‘Gothic Ages’ were backwards, and superstitious, and it was an age of darkness and ignorance, and barbarity.”

When Walpole published the novel’s first edition, he pretended to have discovered an ancient manuscript that had been translated as an “interesting historical curiosity.” By the time he printed a second edition, the novel was so popular that he decided to claim authorship, and the title became The Castle of Otranto: A Gothic Story.

Walpole not only wrote the first Gothic horror novel, he embraced it as a lifestyle. “He was one of the richest people in England,” said Lynch, “and he built himself a fantasy castle that he dubbed ‘Strawberry Hill,’ and filled it up with suits of armor and the like, and got to walk around his amusement park all day, living his fantasy.”

Walpole was not the only Gothic author whose aesthetics spilled over into real life. Another text on the syllabus is Vathek, by William Beckford, a novel whose protagonist has an eye that can kill at a glance, and who makes a pact with the devil. According to Lynch, Beckford, who was also extremely wealthy, built himself an even bigger fake medieval building to live in. This one, however, which was modelled to look like a cathedral, was structurally unstable and collapsed.

All of these contemporary issues: sexuality, questions over women’s agency and so on, that we like to think are very up-to-the-minute - they’re all front and center in this genre.

Lynch says the students are often surprised by how contemporary many of the themes and issues brought up in the stories feel. “I think they’re surprised to see a lot of things that they assumed were much more modern, and they’re able to find them two and a half centuries ago. Sometimes they’re in slightly coded forms, but all of these contemporary phenomena, approaches to sexuality, questions over women’s agency and so on, that we like to think are very up-to-the-minute and people didn’t concern themselves with ‘in the olden days’ - they’re all front and center in this genre.”

But what sets apart a work of horror from other fiction is the fear factor. So how do horror novelists create that tension in a story where you know something bad is going to happen next?

"There are a whole lot of very old plot devices that gothic novelists love using,” remarks Lynch. “They like the ‘ancient family secret’ that comes out at some point in the novel. They like depictions of tortured souls, who often have some sort of mysterious secret, and as readers we’re put in the position of wanting to know what that secret is, while at the same time recognizing that if we know it, it will be scary and therefore a kind of unpleasant that is itself a kind of pleasant. It’s an opportunity to feel a toned-down version of an unpleasant experience where we know we’re not in any actual danger, so we get to enjoy it just as an aesthetic experience rather than a threat to our lives.”

Tapping the Power of Jazz and Poetry