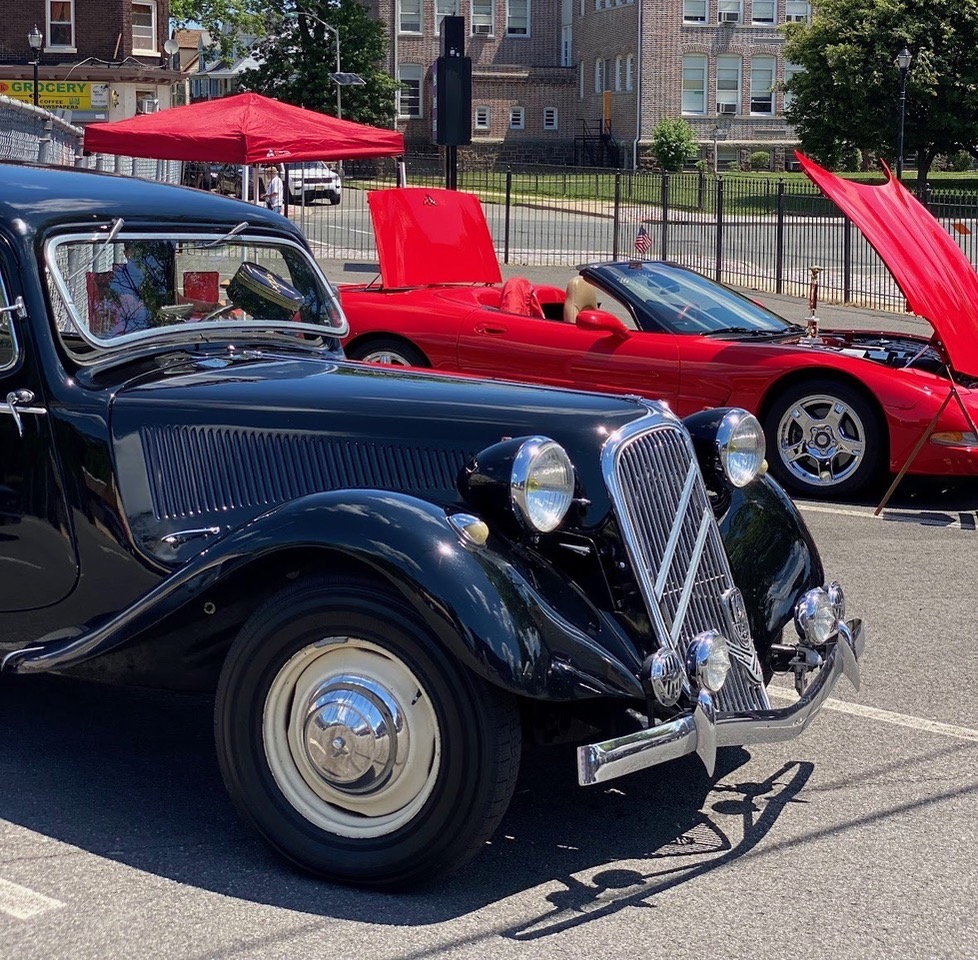 A classic car show and men’s health fair in East Orange provided a chance for Rutgers-Newark neuroscientists to educate the community about protecting brain health and lowering the risk for Alzheimer’s disease.

About 125 participants and 20 classic cars---including vintage Mustangs, Porsches and Citroens-- were at the show, held at the Messiah Baptist Church.

Mark Gluck, a professor at the Center for Molecular and Behavioral Neuroscience at Rutgers University-Newark who has spent decades researching Alzheimer’s disease and its links to genetic and lifestyle factors, co-organized the event with Messiah Baptist Church and the Urban Healthcare Initiative Program as a way to reach older African American men, a group that is at higher risk for Alzheimer’s, memory loss, and other age-related brain health problems than the general population.

Kelvin Roberson, a co-organizer of the event, and the Men’s Ministry Deacon at Messiah Baptist Church, brought together 17 different local community health organizations to the show, offering a range of health information, services, and free testing.

“How do you get middle-age and older-men – a group notorious for avoiding doctors, checkups and health issues – to learn to Alzheimer’s and other brain health problems?" asked Gluck, who is director of the Aging & Brain Health Alliance at Rutgers-Newark. “Get them to a classic car show and sneak in health advice between the cars.”

Gluck and the Alliance have been working with churches in the Greater Newark area on programs and educational efforts to boost brain health and raise awareness of ways to sharpen cognition as people age.

The car show was funded by grants to Gluck from the New Jersey Health Foundation and the National Institutes of Health which support public health outreach programs to older African Americans.

East Orange Mayor Ted Green was a keynote speaker at the car show and health fair. An avid fitness and nutrition enthusiast, Green spoke passionately about the importance of local seniors taking good care of their bodies.  “We understand how important it is for our seniors to remain active and engaged — both physically and mentally — in order to reduce health risks associated with aging such as dementia and Alzheimer’s Disease,” said Green. “Prevention has always been a critical component of the programs offered by our Division of Senior Services and we encourage our seniors and their families to take advantage of the resources we share with the Aging & Brain Health Alliance at Rutgers University-Newark, the Urban Healthcare Initiative Program and our local Messiah Baptist Church Men’s Ministry.”

According to Gluck, there is a great unmet need to educate older African American men about causes and effects of Alzheimer’s Disease. Gluck, working with postdoctoral fellow, Darlingtina Esiaka, and the Alliance’s Director of Church Relations, Rev. Dr. Glenn Wilson, Sr., has partnered with the men’s ministries of local churches to promote understanding of how risks for Alzheimer’s disease can be cut in half through changes in behaviors and lifestyles, especially diet, sleep, and physical fitness.

The alliance also seeks to address the critical lack of biomedical research data on the risk factors and progression of the disease among African American men.

Since 2016, Gluck and his team have been working on a study known as “Pathways to Healthy Aging in African Americans.”  It focuses on local residents ages 60 and older who have no cognitive impairment and are followed over time to measure the type of cognitive loss that can be a symptom of dementia. In addition to examining genetic factors, the study also explores behaviors that can affect the onset of Alzheimer’s. For more information on how to join the study, see www.brainhealth.rutgers.edu.