When Dr. George Hill (GSN ’99) was an undergraduate at Yale University, his father wanted him to follow in his footsteps and become a banker. Hill was interested in history and science, however—not finance—and ended up majoring in history while taking a host of pre-med courses as well.  From there he decided to pursue medical school at Harvard because, as he puts it, “I didn’t know at the time that you could make a living being a historian.”

Fast-forward to 2022, and after a decorated career as a surgeon, medical school professor, hospital administrator, and Navy Reservist surgeon and researcher, the indefatigable, 89-year-old Hill is indeed working as a historian, having recently published his latest book, Health Matters: A New View of Human History, for which he received the Distinguished Alumni Award from the College of Science and Liberal Arts at NJIT, which is part of the Federated Department of History with Rutgers University–Newark.

The award brings Hill full circle with RU-N, his third alma mater, where at age 67 he earned his M.A. in American History under the tutelage of the late Professor and former SASN Dean Jan Ellen Lewis, and the late Professor Clement Alexander Price, among others, before completing his D.Litt in History and Foreign Affairs at Drew University. 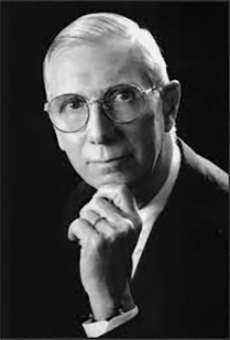 “When I retired as a surgeon, it was tempting to hang on in health systems as a hospital administrator, which I did at St. Barnabas for two years, but once I completed my M.A. thesis, I wanted to completely shift my career,” said Hill. “I’d made enough money as a surgeon to pursue history. The faculty welcomed me at Rutgers-Newark, and I was fascinated by the discussions. It was a pleasure to learn.”

Hill’s road to becoming a historian is a remarkable one.

A fifth-generation Iowan born in Cedar Rapids in 1932, his father was a small-town banker and sportswriter, his mother a teacher of geology and other subjects at a local college. He was an adventurous kid who acted in local plays, dove deep into the Boy Scouts (where he learned to take care of injuries), and held countless jobs: At age 10 he started the first of two newspaper routes; at age 12 he tended the boiler at a local dry cleaner, stocking it with coal and calibrating the steam pressure it produced; and during high school and college he toiled in construction, at a canning factory, and as a ranch-hand in Montana for five summers.

Once I completed my M.A. thesis, I wanted to completely shift my career. The faculty welcomed me at Rutgers-Newark, and I was fascinated by the discussions. It was a pleasure to learn.

Having skipped two grades early on, Hill was admitted to Yale at age 16 and loved his time studying history and science at the school. Coming from a large extended family, many of whom served (or would serve) in the military, he also became a Marine Corps officer candidate while there, which began a lifelong commitment to serving his country. After graduating in 1953 Hill moved on to Harvard Medical School, where he studied general surgery.

“As general surgeons, we were trained back then to operate on any part of the body,” said Hill, “which enabled me to do procedures such as hysterectomies, neurosurgery, spinal surgery and kidney surgery later on.”

At med school, Hill also indulged his adventurous side, joining the Harvard Mountaineering club and climbing peaks and glaciers in far-flung places like British Columbia, often while usually serving as group medic.

After graduating in 1957, Hill did his residency training in New York City and Boston, along with a two-year residency and research stint at the National Institutes of Health (NIH) as part of the commissioned corps of the U.S. Public Health Service, treating patients with infectious diseases, including malaria and leprosy. During this period, he set his sights on specializing in immunology with a focus on cancer. 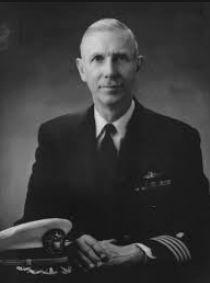 In 1966 Hill embarked on a career in academic medicine that ultimately spanned three decades, joining University of Colorado faculty as an Instructor in Surgery that year, then serving as a Professor of Surgery and Chief of the Division of Surgical Oncology at Washington University in St. Louis, then as Chair of Department of Surgery and Associate Dean for Clinical Affairs at Marshall University in Huntington, WVa., and finally from 1981 to 1996, as Chief of the Division of Surgical Oncology at UMDNJ–New Jersey Medical School in Newark, where upon his retirement he was named Emeritus Professor of Surgery at age 64.

Hill continued teaching medicine as an adjunct at entities such as the Mount Sinai School of Medicine, in New York City, and the Hebert Medical School of the Uniformed Services University of the Health Sciences, in Bethesda, Md. He also published widely during his career, authoring more than 150 scientific reports, published letters and book chapters, and wrote and edited several books on outpatient surgery, clinical oncology and leprosy, among other topics.

That would be more than enough for most people, but Hill’s dedication to country, strongly influenced by his family, also led him to pursue an overlapping career as a U.S. Navy Reservist surgeon from 1968 to 1992, when he saw active duty during the Cuban Missile Crisis, Vietnam War and Gulf War. For his years of service, Hill received the Vietnamese Civil Actions Medal with Palm and Frame in 1972, and in 1993 was awarded the Meritorious Services Medal after retiring with the rank of Captain. 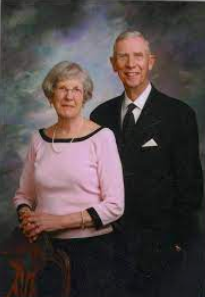 To further feed his adventurous side, in 1974 Hill also trained as a parachutist while in the Reserve, becoming the first Naval medical officer to graduate from the U.S. Army Airborne School at Fort Benning, Ga. “I wanted to do it because I love danger,” said Hill. “That is, I love doing dangerous things as safely as possible.”

In 1996, after hanging up his surgery mask and becoming Emeritus Professor at UMDNJ, Hill set his sights on studying history, sending a letter to Professor Jan Lewis, then Chair of RU-N’s History department, to inquire about the M.A. program. She responded by calling and accepting him over the phone right then and there, sending him the course catalog for University College, which caters to nontraditional students who require evening courses (Hill was still working at St. Barnabas at the time).

Hill took courses with Professors Lewis, Clem Price, Richard Sher, Warren Kimble and others, reveling in the material, class discussions, research and camaraderie, and completing his M.A. thesis on Thomas Edison, which he turned into a book titled, Edison’s Environment: Invention and Pollution in the Career of Thomas Edison, published by Heritage Books, a small imprint in Berwyn Heights, Md., that Hill has worked with for years.

Out of Hill’s doctoral dissertation at Drew University, following his stint at RU-N, came the book Intimate Relationships: Church and State in the U.S. and Liberia, 1917–1947, which examines a 30-year covert racial-“uplift” education project in Liberia involving religious organizations, private foundations, corporations and the U.S. government. Just shy of his 90th birthday, Hill is currently looking inward and working on a memoir, one with an apropos working title, Surgeon’s Journey: A Venturseome Life.

“Beyond that, I likely have no big projects ahead at my age, but a writer never stops writing,” said Hill. “I will not stop writing.” 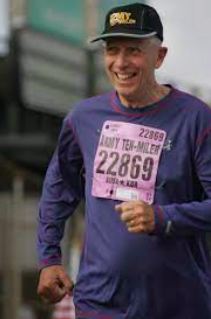 Throughout much of his long and fruitful journey, Hill has had his wife, Dr. Helene Zimmermann Hill, by his side. When the two met and married in the early 1960s, Helene had two children from a former marriage, then had two more with Hill, graduating from her Brandeis University doctoral program in 1964 carrying the second one in her arms. She received faculty appointments wherever Hill went and finished her distinguished career as a Professor of Radiology at UMDNJ–New Jersey Medical School, where she taught and published from 1981 to 1997.

The couple, who have four children, three grandchildren and three great-grandchildren, lived in West Orange, NJ, while at UMDNJ and currently reside in Baltimore, Md.

Hill, meanwhile, has never lost sight of his time at RU-N and how the experience nurtured his lifelong dream to become a historian. He served several years on the SASN Dean’s Cabinet under Deans Philip Yeagle and Jan Lewis, and in 2019 the couple established the Dr. George Hill and Dr. Helene Hill Summer Undergraduate Research Fund at SASN. They have also documented a bequest to fund the Professor Jan Ellen Lewis Summer Research Scholarship in memory of their good friend.

“There was such a wonderful atmosphere at Rutgers-Newark,” said Hill. “The faculty treated me as a colleague and a student, and every night was a joy when I was there. So, I give back any way I can.”

In New Jersey, Activists Are Learning What “Abolish ICE” Means in the Biden Era