Dark was one of 139 artists selected for the award from 25 U.S. states and seven countries, including Brazil, Portugal, Jamaica and the U.K. She’ll use the fellowship to work on a new novel and essays.

This will be Dark’s second MacDowell fellowship, the first coming in 2014.

Dark is the author of the novel Think of England, and two collections of short stories, "In the Gloaming" and "Naked to the Waist." Her second novel, Fellowship Point, is due out in summer 2022 by Scribner & Sons. 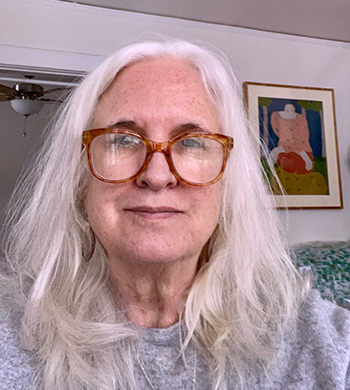 “In the Gloaming,” the title story of one of her second short-story collection, appeared in The New Yorker in 1993, was chosen by John Updike for inclusion in The Best American Stories of the Century. Prior to that, it was chosen by author Tobias Wolff for inclusion in The Best American Short Stories 1994, and was also made into two films, one by Trinity Playhouse, the other an HBO film starring Glenn Close and directed by Christopher Reeve.

Dark is a past recipient of a National Endowment for the Arts Fellowship and has been awarded Geraldine R. Dodge Foundation Fellowships for residency at The Virginia Center for the Creative Arts.

MacDowell, the nation’s first artist residency program, awards more than 300 Fellowships each year, continuing its long-standing mission that has inspired important contributions to American and world culture for more than a century and has to date earned Fellows 95 Pulitzer Prizes as well as many other accolades.

These highly competitive fellowships, each with an average value of more than $13,000, were awarded from MacDowell’s largest pool yet of 1,514 applications received by the most recent of three annual deadlines.

While at MacDowell, Fellows—65 percent of whom in this group identify as women—are provided a private studio, three meals a day, and accommodations for a period of up to eight weeks. The incoming Fellows reflect multiple artistic disciplines, spanning film, music, visual arts, architecture, theater, interdisciplinary arts and writing (fiction, nonfiction and poetry).

Dark is looking forward to returning to New Hampsire for her fellowship.

"A MacDowell residency is an opportunity for complete immersion in my work with no distractions. It's magical place like nowhere else where accomplished artists can exchange ideas in setting of great natural beauty.”