What Can I Do With a Major or Minor in African American and African Studies?: A Conversation with Donita Judge and Alumni

Rutgers University-Newark Students: Join us on Wednesday, December 4 at 2:30pm in 346 Conklin Hall to hear one of our most distinguished alumni Ms. Donita Judge, Associate Executive Director at the Center for Constitutional Rights, discuss her experience. During this interactive session you will have the opportunity to talk with her and with other alumni about their career paths and how a concentration in African American and African Studies helped them to achieve their goals and enriched their time at Rutgers University. Representatives from the Career Development Center will also be available to discuss the services provided to students. Lunch will be served. 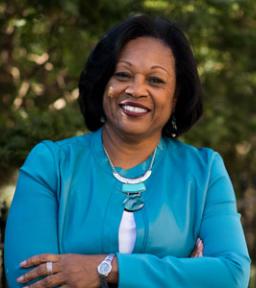 Judge is an expert in voter rights, and prior to joining the Center of Constitutional Rights, she was Co-Director of Advancement Project’s National Power and Democracy Program in Washington, DC and co-counsel in the 2016 landmark North Carolina voter suppression case, NAACP v. McCrory.  Judge also challenged voter suppression schemes in every federal election in Ohio from 2004-2012.  In 2008, she successfully prevented the removal of 600,000 predominantly black Ohio voters from the voter rolls in advance of the presidential election.  Barack Obama went on to win Ohio and the state’s 20 electoral votes defeating John McCain for the presidency.

Judge previously served as Advancement Project’s Redistricting Project Director.  In this role, she advised communities of color on challenging gerrymandered districts and rules and procedures for drawing and submitting redistricting maps to redistricting bodies.

She has a law degree from Rutgers University Law School in Newark, NJ and clerked for the Honorable Michelle Hollar-Gregory of the NJ Superior Court-Newark Vicinage. She graduated Phi Beta Kappa and Highest Honors from Rutgers University-Newark Honors College with a Bachelor of Arts in African American & African Studies and Women’s Studies.  Judge is the recipient of numerous awards, and in 2016, she was selected a Rutgers University Fellow, receiving the university’s highest award, during the university’s 250-year anniversary celebration.  Judge serves on the National Board of the ACLU and the New Jersey State Advisory Committee to the U.S. Commission on Civil Rights.

This special event is part of African American and African Studies Week.