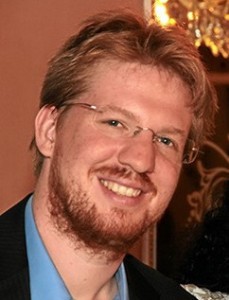 Traditional nanophotonics is concerned with engineering material systems to control light on a nanometer scale. However, over the last years, it has become clear that the reverse is also possible, i.e., to engineer light modes so as to modify material properties and dynamics. Remarkably, this can be achieved even when no actual light is present in the system by engineering the electromagnetic vacuum and its fluctuations, based on quantum electrodynamics (QED). One powerful tool to achieve such modifications is strong coupling, which occurs when the coherent energy exchange between a (confined) light mode in an optical cavity and material excitations becomes faster than the decay and decoherence of either constituent. This creates a paradigmatic hybrid quantum system with eigenstates that have mixed light-matter character, so-called polaritons. Organic molecules present a particularly favorable type of emitter to achieve this regime even at room temperature due to their large dipole moments and stability. Polariton formation then leads to changes in the excited-state character and energy levels (i.e., potential energy surfaces), which can affect a wide range of properties, such as energy transport, photochemical reactions, and even thermally driven ground-state chemical reactions. At the same time, organic molecules are highly complex material systems with a large number of nuclear (vibrational) degrees of freedom. An accurate theoretical description requires that electronic, nuclear, and photonic degrees of freedom, which all undergo ultrafast femtosecond-scale dynamics in typical experimental setups, are treated on an equal footing. This requires a combination of techniques from historically separate fields such as quantum optics, quantum chemistry, and ultrafast laser science.

I will give an overview over some effects observed in strongly coupled systems, focusing on ways to observe and manipulate ultrafast dynamics, as well as different proposals for steering and catalyzing (photo)chemical reactions.