"Our House Is On Fire" Land Rights + Climate Justice Event

Join the discussion with Winona LaDuke and Naomi Klein on the Indigenous Green New Deal and current organizing efforts. The UN IPCC report, based on the research of thousands of scientists around the planet, projects a shrinking 11-year window until cascading climate change catastrophes.

Winona LaDuke, an eco-economist, speaks and writes nationally and internationally on the issues of climate change, renewable energy, and environmental justice with Indigenous communities. She is the founder of the White Earth Land Recovery Project and Honor the Earth. Through word and deeds, she works to protect Indigenous plants and heritage foods from patenting and genetic engineering.

Naomi Klein is an award-winning journalist and New York Times bestselling author. She is Senior Correspondent for The Intercept, a Puffin Writing Fellow at Type Media Center and is the inaugural Gloria Steinem Chair in Media, Culture and Feminist Studies at Rutgers University - New Brunswick. 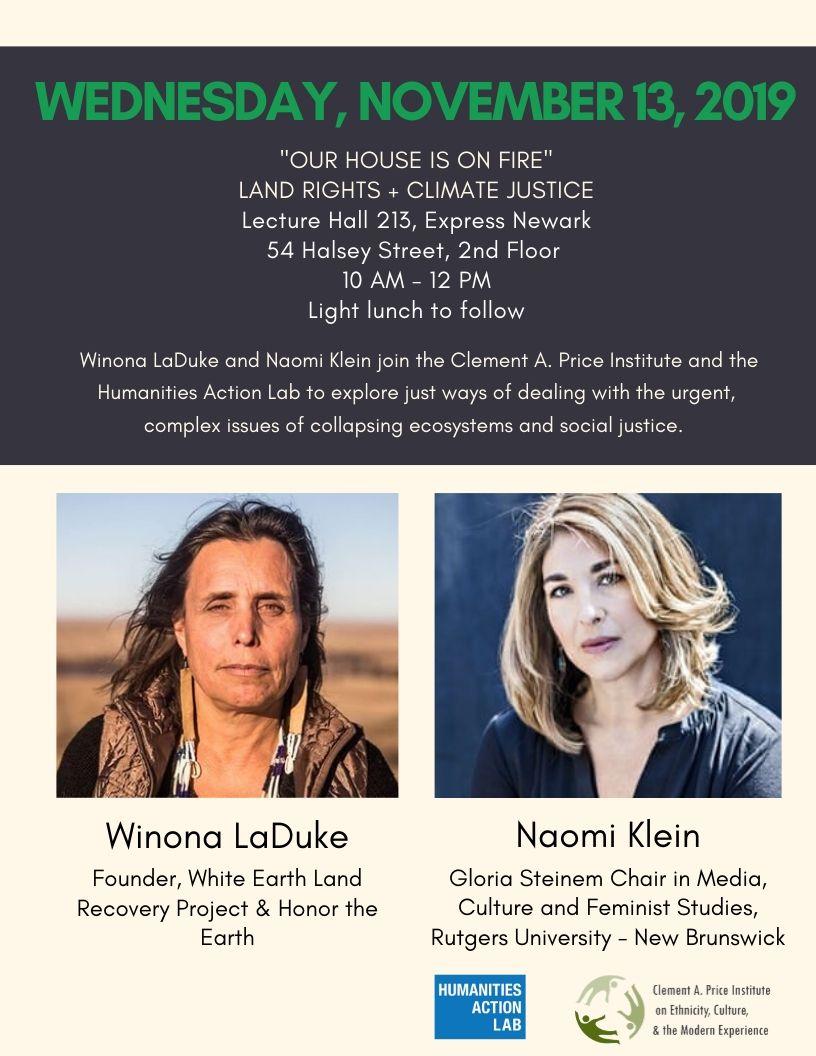