Muslim, Woman, Scholar, and Mayor: Navigating the Challenges and Opportunities of Being a ‘Representational Figure 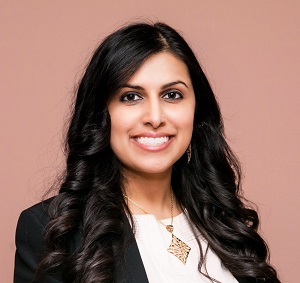 Sadaf Jaffer is a scholar, activist, and elected official. Dr. Jaffer is a Postdoctoral Research Associate at Princeton University where she teaches courses on South Asian, Islamic, and Asian American Studies. Her current book project, entitled “Secularism and Sexuality in Indian Muslim Thought: Ismat Chughtai’s Literary Progressivism,” examines Urdu writer and Indian cultural critic Ismat Chughtai’s formation of what she terms an “Indo-Muslim secular” through Urdu literature and Bombay cinema from the 1940s through the 1980s. Jaffer argues that Chughtai formulated a discourse of secularism rooted in the Indian Muslim context. Her project also contributes to scholarship on Islamic societies by focusing on literary culture as the primary lens to approach Islam. She has published articles in the Journal of Women’s History, as well as the Foreign Policy Research Institute, Huffington Post, and Altmuslimah blogs.
Jaffer is also an elected official in Montgomery Township, New Jersey. She was first elected to the Montgomery Township Committee in 2017. In January of 2019, she was sworn in as mayor, becoming the first South Asian woman to serve as mayor of a municipality in New Jersey, and the first Muslim woman to serve as the mayor of a municipality in the United States. She has focused her administration on good governance and increased transparency, communication, diversity, and inclusion. She founded Montgomery Mosaic, a group allied with the national Not In Our Town (NIOT) movement, to combat prejudice and build connections throughout the community.
Jaffer serves on the board of directors for The New Agenda, an organization that promotes women's economic empowerment and combats sexual harassment and sexual assault. She is on the advisory board of Inspiring South Asian American Women (ISAAW), a group dedicated to encouraging civic engagement among South Asian American women in New Jersey. She is also on the advisory board of ARTE: Art and Resistance through Education, a non-profit that promotes human rights education and youth development through the arts. Jaffer earned her bachelor’s degree in Foreign Service from Georgetown University and obtained her PhD in Near Eastern Languages and Civilizations from Harvard University with a secondary field in studies of Women, Gender, and Sexuality.
____________________________________________________________________________
This free event is presented by the Department of History and co-sponsored by the Honors College, Postcolonial Questions and Performances, the Islam and the Humanities Lecture Series, and the Muslim Students Association. Light refreshments provided.
Tags
History
Honors College