Fahavalo: Film Screening and Discussion with the Filmmaker 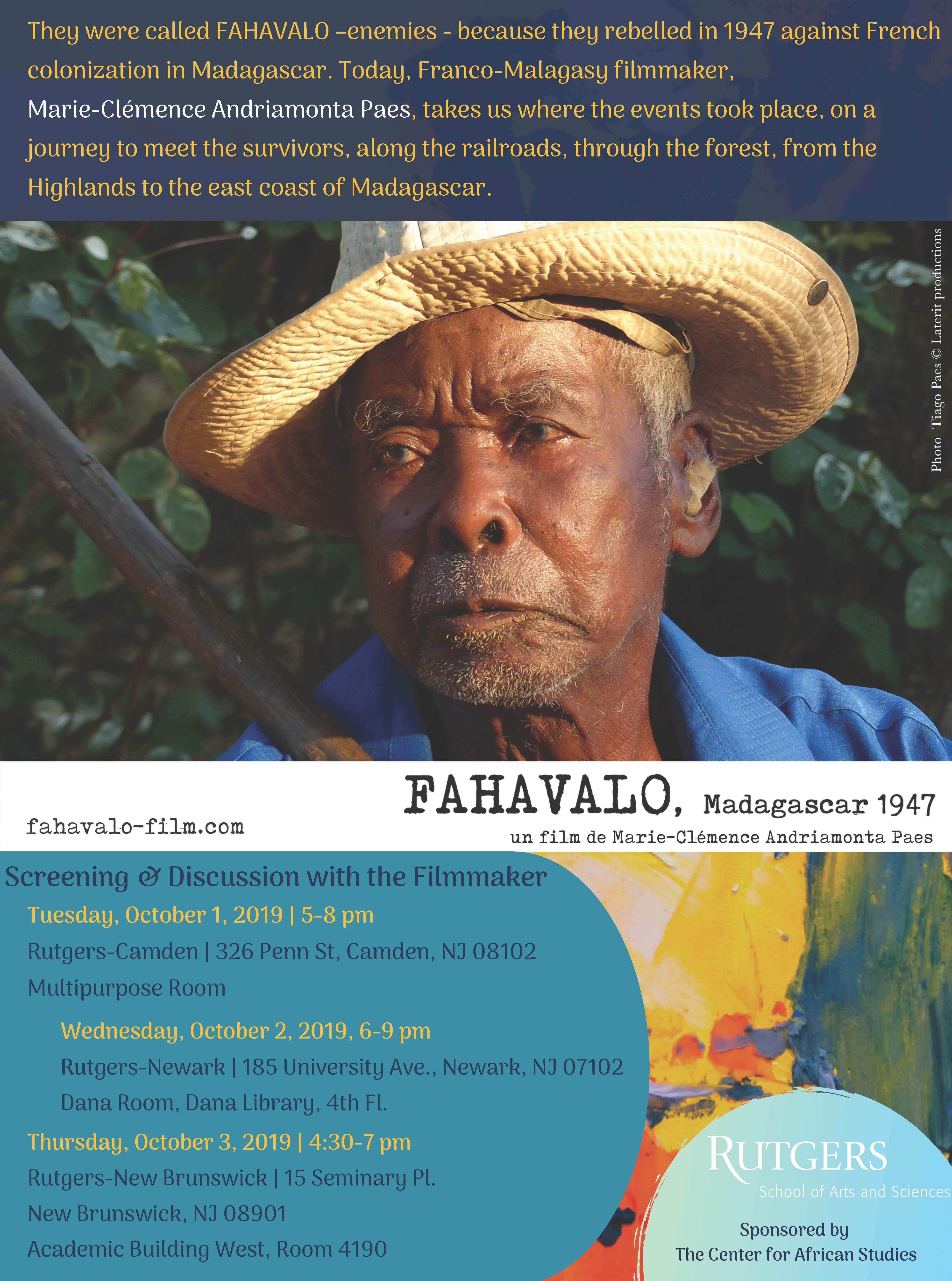 "The Center for African Studies is inviting filmmaker Marie-Clemence Andriamonta Paes to screen and discuss her film, Fahavalo, on October 2 from 6-9 PM in the Dana Room.

The film is about one of the largest anti-colonial rebellions of the French empire and took place in Madagascar in 1947. The film recounts events as remembered by last surviving witnesses. "

Synopsis: "When Malagasy soldiers came back from WWII, they expected De Gaulle to give them independence for fighting along with France against Nazis. Instead, they were asked to return to their indigenous status.They soon became the leaders of an uprising, harshly repressed by the French colonial authorities.

The last witnesses tell us about their long months of resistance in the jungle, armed only with spears, machetes and talismans. Interweaving archives with these rare and heartfelt testimonies, the film unfolds an unknown story of rebellion."